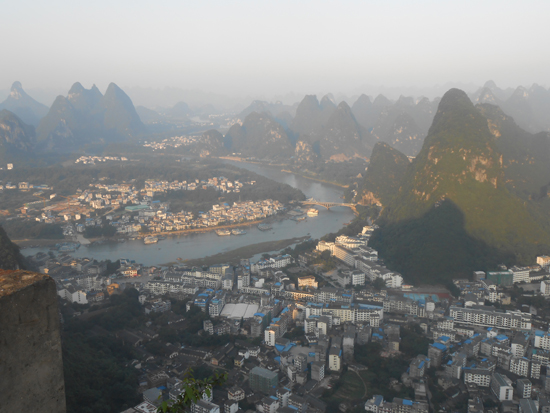 No matter how my journey starts or what my intentions are, somehow I always end up in Yangshuo. I was first exposed to the town in 2009 at the tender age of eighteen, and back then it seemed like heaven on earth. Surrounded by those lush green mountains, those alien shapes that rose up around the Li River and suggested that perhaps, just perhaps, something otherworldly was going on in this place, one couldn’t help but feel a sense of wonder. I was in a daze, full of the liveliness of the crowds as they jostled for the chance to haggle for yak bone carvings, revel in the costumes of the Miao people, or tentatively make the jump from solid land to bamboo raft. Having only ever been to two other Chinese cities in my life, I suddenly felt as though I truly wasn’t in Kansas anymore. 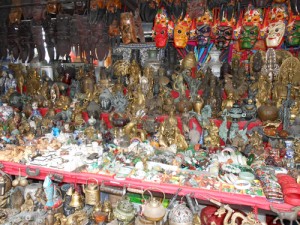 One morning, in my naivety, I was even convinced that I could hear a panda outside my window. I rushed to the balcony, camera in hand, only to find that it was just a squealing pig. In my eighteen-year-old mind, China was just a place crammed full of stereotypes. Surely pandas should be everywhere? And weren’t there supposed to be kung-fu schools on every street corner? Where was Jackie Chan when you needed him?

It was Yangshuo that defied my expectations and finally taught me that China is just like everywhere else; its people think, feel, live, love, and try to get by just like the rest of us. There were no Shaolin monks dancing through the streets, no scholars stroking their beards and quoting Confucius, no beautiful concubines giggling coyly behind their silk fans. There were just people selling their harvest, fishing for their dinner, or bent double, up to their knees in mud, planting their rice. After three months of living and working near Yangshuo, after so many weekends spent relaxing under the shade of Big Banyan, cycling to Moon Hill, or playing pool in Buffalo Bar, I was loathed to leave. I boarded my flight to Chengdu, wondering whether I’d ever return.

But, by 2013, I was finally ready to go back. Armed with my savings, with three trusty years of Chinese language learning under my belt, a contract with a Chinese company and the ugliest yellow Chinese to English dictionary, I made my way back to Yangshuo. It was bigger, it was better, yet somehow it had remained almost completely unchanged. There were now two McDonalds and the Buffalo Bar had tragically shut up shop, but it was still the place I remembered. My heart warmed as I walked the full stretch of West Street, feeling those smooth flagstones beneath my feet and wondering whether any time had truly passed. 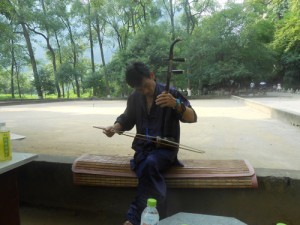 In the years that followed, Yangshuo would become my base of operations, like a home from home. This was the place where, during a monsoon, I once hid under the eaves of the Yangshuo Park gate with my friends and drank hard liquor from a plastic bag. This was where, in a bar along West Street, I had an in-depth conversation with an elderly Chinese gentleman who only ever wore silk pyjamas, who introduced me to his beloved pet, a tiny river snake, and who the next day serenaded me in the park with his erhu[1].

I remember shooting fireworks from the roof of a local hostel, watching a rap battle between two Chinese men who clearly still wore braces, running through the streets at night with wild abandon brandishing a barbecued fish on a stick, and watching as weeping mourners in funeral procession carried the dead through those flagstone streets. For me, and for so many others, Yangshuo was a place of comfort and adventure. No matter where I live in this great country, I’ll always have a safe haven nestled within the mountains. 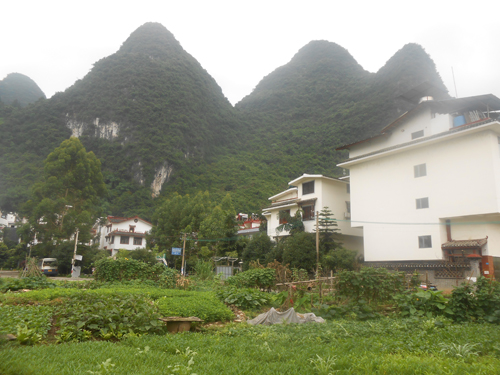 [1] Erhu: A traditional Chinese stringed instrument. It is a bowed instrument with only two strings but it can produce a wide variety of sounds. It is sometimes referred to as the “Chinese violin” or “Chinese two-stringed fiddle”.