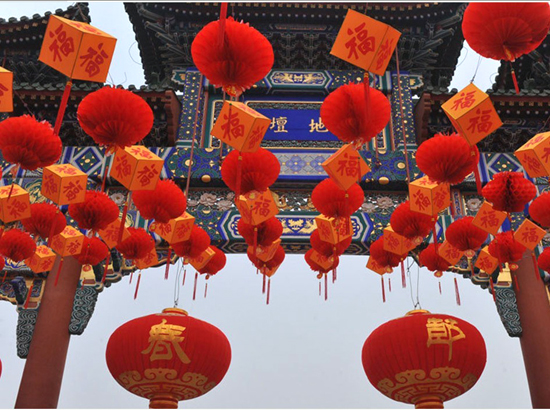 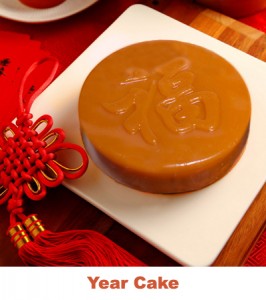 The whole family come together to have dinner in the New Year’s Eve, which is called ‘Tuan Yuan Fan’ (团圆饭). Apart from various tasteful dishes, there are several kinds of special food play the main role in the dinner. Generally speaking, in the north of China, dumplings appear as the main course in every home in New Year’s Eve. Some big families begin to make dumplings just after lunch. However, in south of China, people have year cake (nian gao) or Tangyuan instead of dumplings. 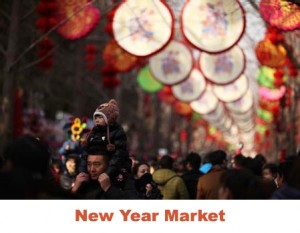 Fireworks bring more colour to the festival. During the New Year period, fireworks are shown almost every night, and firecracker bans’ appearance is more often. All the show before the New Year’s Eve is just the prelude, the sky of New Year’ Eve night is the big stage for firework. It seems like an endless show with endless sound. New Year greeting is the key word in the New Year Day. From morning to afternoon, people keep on going to say “Happy New Year” to all relatives and neighbours.  It is the happy day to children. They not only can wear new clothes, but also receive the “red envelope” from the married senior relatives. Cash is put inside the “red envelop”. 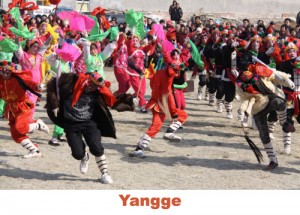 Traditionally, there will be markets or village fairs (miaohui 庙会) in the following days till the Lantern Festival, which is similar with the Christmas markets in Europe. In north China, people have Yangge (秧歌 Chinese folk dance) show, while in south china they enjoy different kinds of local opera performance.

The Chinese New Year is not only celebrated in China, most Southeast Asian countries also have this festival, such as Vietnam, Singapore, Malaysia and some parts of Thailand and Indonesia.