Although the majority of China’s population is made up of ethnically Han Chinese people, the country is also home to 55 recognised ethnic minorities. Large communities of these ethnic groups are often assigned their own autonomous counties and some, like the Zhuang and Uyghur people, even have whole provincial-level regions dedicated to them, such as Guangxi Zhuang Autonomous Region and Xinjiang Uyghur Autonomous Region. While the provinces of Yunnan and Guizhou are the most ethnically diverse, constituencies of these fascinating ethnic peoples can be found throughout China. From the glittering silver jewellery of the Miao people through to the delicious native cuisine of the Hui Muslims, each of these ethnic minorities has preserved their own distinctive customs, histories, dresses, festivals, and traditions that have been passed down through generations.

The Bai people hold the colour white in high esteem, with nearly 2-million-strong population can be found mainly in Yunnan province. Historically the Bai are an industrious and well-educated people, having made great advances in meteorology, astronomy, architecture, medical science, literature, and art…[find more] 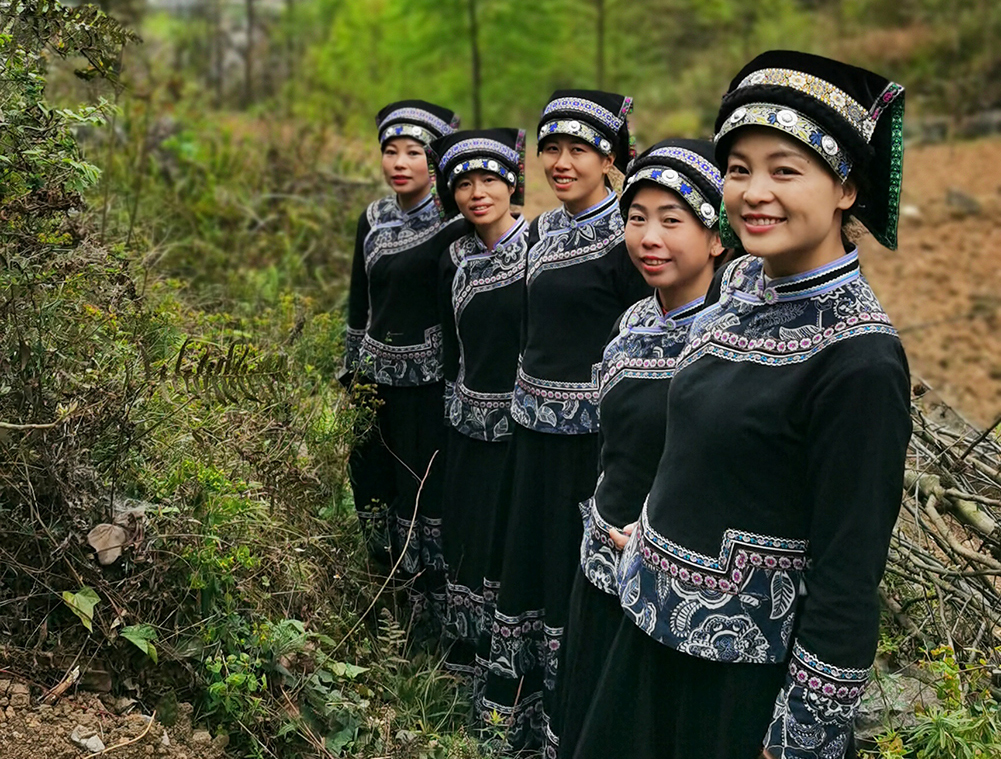 The Bouyei people’s ancestors were wise enough to settle the fertile plains of Guizhou over 2,000 years ago!  They predominantly live in Guizhou province, small communities can be found in the provinces of Yunnan and Sichuan and the country of Vietnam…[find more] 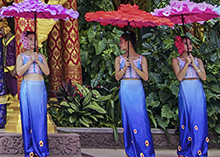 Dai people predominantly live in Yunnan province, China, but the term Dai can also be applied to communities in Thailand, Laos, Burma, Myanmar and Vietnam. The Dai are one of the happiest and most carefree of all the ethnic minorities in China and this is reflected in their chosen name, which means “freedom” in the Dai language…[find more]

Other Customs       Agriculture and Craftwork       Performance

The Dong ethnic group are renowned for their musical ability and their skill as carpenters. From the Kam Grand Choirs to the looming Drum Towers, Dong villages are a place of harmony and wonder. Their culture stretches back hundreds of years and this is evident in their daily life and local festivals…[find more]

With a current population of approximately 10 million, the Hui are the 2nd most populous of China’s 55 ethnic minorities. Although following Islam is not necessarily a criterion for being Hui, this ethnic group is largely made up of Muslims and this is part of what makes them so unique…[find more] 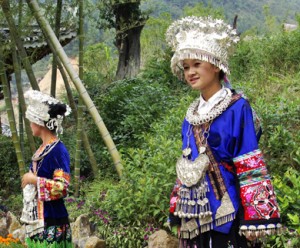 The Miao people are one of the oldest ethnic minorities in China. They even may have been among the first people to have settled in China. Although the Miao subgroups have distinct differences, most of the groups agree that they share a common ancestry and celebrate many of the same festivals…[find more]

A Mongol is a member of an ethnographic group made up of a number of tribal peoples, who roughly share the same social structure, economy, culture, and language. There are approximately 6 million ethnic Mongols living in the Inner Mongolia Autonomous Region, China, nearly twice the population of Mongolia itself…[find more]

In the northwest region of Yunnan province, surrounded by the majestic Jade Dragon Snow Mountain, the Naxi people have carved out an enclave over hundreds of years. They are thought to be descendants of the ancient Qiang people, a nomadic tribe that once lived between Gansu and Shaanxi…[find more]

Living primarily in isolated locations throughout India, Nepal, Bhutan, and the Tibet Autonomous Region of China, the Tibetan people have maintained an air of mystery that has captured the curiosity of people throughout the world. They embody a culture defined by spirituality, communion with nature, and rigid discipline…[find more]

The Uyghur people are easily one of the largest ethnic minority groups in China. The majority of them reside in the Xinjiang Uyghur Autonomous Region. Compared to China’s other ethnic minorities, the Uyghurs are profoundly physically diverse, ranging from people who look ethnically European or Middle Eastern to those who have a far more East Asian appearance…[find more] 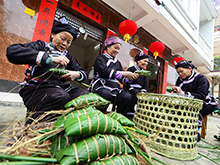 The Zhuang are the most populous of all the ethnic minorities in China. Nearly 90% of Zhuang people can be found in Guangxi Zhuang Autonomous Region. Most Zhuang villagers live in stilted wooden houses known as diaojiaolou…[find more]