Blending together the flavours of the Portuguese Empire, Macanese cuisine was one of the earliest types of fusion cuisine in the world. During the 16th century, Portugal paid tribute to the Ming Dynasty (1368-1644) and, in exchange, they were allowed to establish a permanent settlement in Macau, which they used as a central trading hub. This allowed them to transport spices from across their vast empire, from colonies in South America and Africa right through to India and Southeast Asia. These foreign settlers brought with them wives and servants from far-flung regions, whose responsibility it was to try and re-create traditional Portuguese dishes for the household.

Unfortunately, while the Portuguese Empire continued to advance, the world had yet to experience the joy of modern-day refrigeration technology! Therefore the only ingredients available to these colonists were non-perishables, such as spices, preserved meats, chillies, oils, and wine. Coconut milk from Malaysia, turmeric from India, piri piri chilli peppers from Mozambique, bacalhau (salted cod) from Portugal, soy sauce from China, and numerous other exotic ingredients became staples of Macanese cuisine. This dizzying combination of flavours has made this style both mouth-wateringly delicious and difficult to define.

Complementing this diversity of ingredients, traditional Chinese cooking techniques such as wok-frying and steaming were used in tandem with European methods like baking and roasting. These multifarious influences combined over a period of 450 years to eventually form the signature dishes we find in Macau today. Much like the city’s architecture, its cuisine seamlessly blends elements from the East and the West, gradually evolving into a style that is celebrated by gourmands the world over.

Galinha à Africana, which literally translates to mean “African-style chicken”, is one of the most emblematic dishes when it comes to the cultural diversity of Macanese cuisine. The dish consists of chicken that has been marinated in devilishly spicy piri piri sauce and is either barbecued or roasted until blackened. It is also popular throughout Portugal and other former colonies, such as Brazil and Mozambique, although the recipe differs from place to place. The dish is believed to have been created by a chef named Americo Angelo, who developed the recipe while working at a small hotel known as Pousada de Macau.

Like many intrepid explorers, Angelo was inspired to create the dish after a trip to one of the Portuguese colonies in Africa. The chicken is served on a large plate, slathered in thick, red piri piri sauce, with a garnish of black olives and pickled cucumbers. A heaping helping of thinly sliced fried potatoes form the perfect accompaniment to the tangy chicken. The inclusion of paprika, turmeric, chillies, coconut milk, and red bell peppers all add to the cosmopolitan nature of this unusual dish, forming a symphony of flavours that will simultaneously remind you of countless cuisines without strictly belonging to a single one.

Much like Galinha à Africana, Galinha à Portuguesa or “Portuguese-style chicken” did not originate from Portugal, but is in fact a fusion dish that was developed in Macau. The dish was invented sometime between the 16th and 18th centuries and is thought to have originated either from Malaysia, Japan, or India. When local Chinese people first made contact with the Portuguese settlers, they came across the dish and believed it came from Portugal, hence the name.

Juicy pieces of chicken, thick cubes of potato, and boiled rice are all blanketed in a mild, coconut-based curry sauce before being baked until golden brown. While the staple ingredients are predominantly of Asian origin, it still retains features of traditional European cuisine, such as olives, tomatoes, and saffron. By comparison to Galinha à Africana, which is a mainstay of Macanese restaurants, Galinha à Portuguesa is more of a home cooked dish, with each family having their own unique recipe and method for making the distinctive curry sauce. After all, there’s no place like home, even if that home might be made up of people and customs from across the globe!

When it comes to traditional Portuguese cuisine, the most iconic ingredient is undoubtedly bacalhau or dried and salted cod. It’s so integral to many of the local dishes that it has replaced the Portuguese word for “cod”, with “fresh cod” being referred to as “bacalhau fresco” or “fresh salted cod”! Bacalhau dishes abound throughout Portugal and its former colonies, from Cape Verde right through to Goa and Brazil. In fact, there are rumoured to be over 1,000 bacalhau recipes in Portugal alone!

Over 500 years ago, bacalhau evolved out of a need to preserve supplies of cod for long journeys. By drying and salting the cod, its essential nutrients were retained, and it became an invaluable and cheap source of protein for travellers and colonists alike. Macanese Bacalhau involves soaking and then flaking the salted codfish before preparing an aromatic sauce made from coconut milk, saffron, olive oil, chopped shallots, and garlic. The codfish is then added to the fragrant mixture, seasoned with salt and pepper, and gently stir-fried with chilli oil. Once the fish is thoroughly cooked and a little dry, it is served either with mouth-watering buttery rice or a light salad.

Also known as minchi, this emblematic dish is a comfort food favourite in most Macanese households and supposedly earned its unusual name from the English word “to mince”, as the dish is primarily made of minced or ground meat. Beef mince, pork mince, or both are used, with the beef mince typically being accompanied by Chinese lap cheong sausage to retain that delicious porky flavour. Chopped onions, mashed garlic, and a bay leaf are first stewed in olive oil until the onions start to turn a rich golden brown.

The minced meat is then added, along with a pinch of salt, a sprinkling of pepper, a drop of soy sauce, and a dollop of molasses. Once the meat is seasoned and the pan is covered, it’s left to stew until it is thoroughly cooked and the sauce has thickened. It’s then served with crispy deep-fried potato cubes, steamed rice, and a fried egg on top. In many local kitchens, minchee is made simply with leftover meats, much like British bubble and squeak or American meatloaf. It’s a hearty dish with a salty tang, designed to tickle the taste-buds, fill the stomach, and warm the heart. 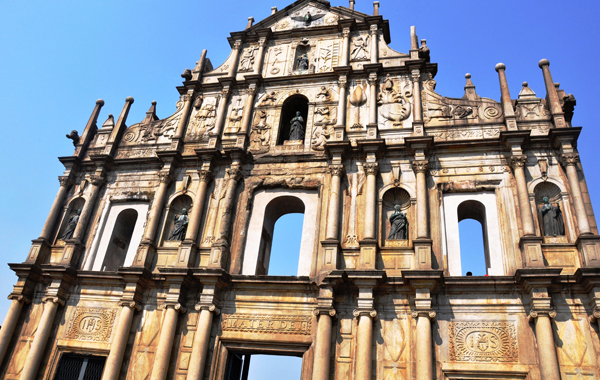 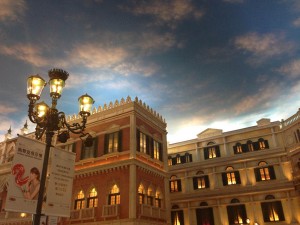