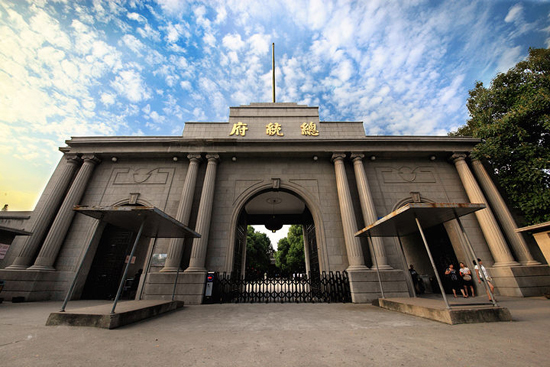 The Presidential Palace is one of the more unusual tourist attractions in Nanjing, as its history spans both imperial and modern China. This has resulted in a hectic mixture of traditional dynastic and contemporary architectural styles, with a post-colonial flair added in for good measure! Nowadays it is known as the China Modern History Museum and, spanning a colossal area of over 90,000 square metres (960,000 sq. ft.), it is the largest modern history museum in the country.

The palace was originally built as a mansion for the Prince of Han during the Ming Dynasty (1368-1644), but was appropriated during the Qing Dynasty (1644-1912) and made into a fabric manufacturing warehouse. In one fell swoop, the palace literally went from riches to rags! In 1863, revolutionaries of the Taiping Rebellion occupied Nanjing and seized the palace. They instated the city as the capital of the Taiping Heavenly Kingdom (1851-1864) and renamed the palace “Tianwang Fu” or “Palace of the Heavenly King”, officially making it the imperial abode of their leader Hong Xiuquan.

When the Qing court retook Nanjing in 1864, Commander Zeng Guofan ordered large parts of the palace to be destroyed and a new palatial residence was erected there in a far more neoclassical style. In 1870, it served as the Office of the Viceroy of Liangjiang, a government official who was charged with the administration of modern-day Jiangsu, Anhui, and Jiangxi provinces. Most people are lucky enough to get their own office space, let alone an entire palace! 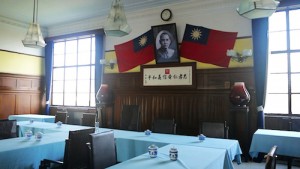 When the Qing Dynasty finally collapsed as a result of the Xinhai Revolution in 1912, Sun Yat-sen[1] was sworn in as the first provisional President of the Republic of China and decided to take offices at the Presidential Palace. However, he only stayed there for a short period of time and it wasn’t until 1927 that the palace became an official symbol for the Nationalist Government. Chiang Kai-shek, who was leader of the Chinese Nationalist Party at the time, transformed the appearance of the palace and made it his base of government. It was briefly lost when Japanese forces occupied Nanjing during the Second Sino-Japanese War (1937–1945) and was used by Wang Jiwei, an ex-member of the Chinese Nationalist Party, as the base for the Reorganised National Government of the Republic of China[2]. However, it was swiftly reoccupied in 1946 and was re-established as the Office of the President from 1948 right up until Communist forces captured Nanjing in 1949.

In the late 1980s, the palace was converted into the China Modern History Museum, a museum exclusively dedicated to China’s history from the 20th century onwards. The exhibitions place particular emphasis on the establishment of the Republic of China (1912-1949) and the beginning of the People’s Republic of China. Nowadays it is one of the few places in the country where the flag of the Republic of China can be legally displayed. So if you’re looking for something a little more controversial on your trip to Nanjing, the Presidential Palace is the place to be!

The palace itself is split into three main areas: the Central Area, where the main seat of the Nationalist Government was located; the West Area, where you’ll find the offices of Sun Yat-sen and Xuyuan Garden; and the East Area, where the Executive Department, the stables, and the East Garden can be found. Historical displays and exhibitions are frequently held throughout these three sections. 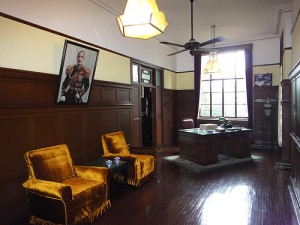 The Zichao Building in the central area was built in 1934 and was the site of major political change, as it was often the place where important governmental meetings were held. One can only imagine the heated discussions that once took place within its walls. Yet perhaps the highlight of the palace is Xuyuan Garden, which was originally built during the Ming Dynasty and was named after Prince Zhu Gaoxu. It is an exquisite little slice of nature that was designed after the southern style of landscape gardening, and over 4,000 square metres (43,000 sq. ft.) of its surface area is taken up by the Taiping Lake. It is occasionally referred to as Xiyuan or the “West Garden” because of its location in the western part of the palace.

It features an elaborately decorated boat made entirely of stone known as Buji Zhou, which was masterminded by the Viceroy of Liangjiang in 1746 and was even personally inscribed by Emperor Qianlong of the Qing Dynasty during his tour of southern China. The garden is also host to a plethora of pagodas and pavilions, including the magnificent Wangfei or “Forget to Fly” Pavilion. According to local legend, it was so-named because birds that migrated to the garden would nest in this pavilion and its beauty would captivate them so much that they’d forget to leave!

The Office of the Provisional President is also located here and is one of the finer features of the complex, as the building itself is a yellow bungalow designed after the Italian renaissance style. It served as the offices of Sun Yat-sen from January to April of 1912 and, with its refreshing blend of ancient Chinese and modern European features, it perfectly epitomises the style of the palace itself.

[2] The Reorganised National Government: This was the name of the collaborative ruling party that was established by Wang Jiwei, a former member of the Chinese Nationalist Party, and the Japanese army during the Second Sino-Japanese War (1937–1945). It was widely regarded as one of the many puppet states used by the Japanese to rival the legitimacy of the nationalist government.

Join our travel to visit the Presidential Palace: Explore Chinese Culture through the Ages