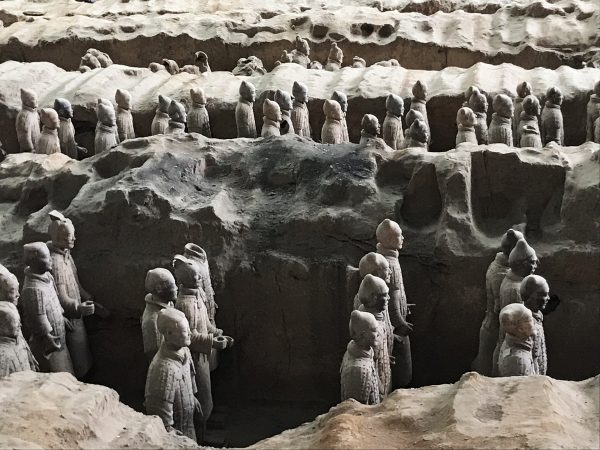 Shaanxi Province is often referred to as one of the birthplaces or cradles of Chinese civilization due to its incredible significance to China’s history and development. Its name is sometimes abbreviated simply to “Shan” or “Qin”. Over a period of 1,100 years, from the Zhou Dynasty to the Tang Dynasty, 13 feudal dynasties set their capital in this province. The first dynasty to unify China, the Qin Dynasty (221 – 207 B.C.), set its capital right at the heart of Shaanxi Province in the ancient city of Chang’an (modern-day Xi’an). Chang’an was considered one of the four great ancient capitals of China and was also an important hub along the Silk Road.

The name Shaanxi means “Land West of Shan” as “Shǎn” (modern-day Sanmenxia) was the ancient name of the narrow mountain pass where the Yellow River flows down from the Loess Plateau. In total Shaanxi borders eight official provinces, including Shanxi, Henan, Hubei, Chongqing, Sichuan, Gansu, Ningxia, and Inner Mongolia. Its geographical location has resulted in a stunning mixture of different terrains and climates. Geographically speaking, due to its diversity Shaanxi can be separated into Northern, Central, and Southern parts. 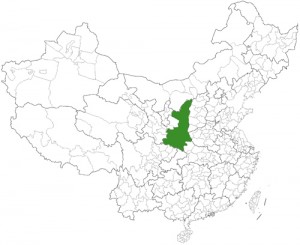 Northern Shaanxi is north of the Beishan Mountains and consists primarily of the Loess Plateau and the Maowusu Desert. It has cold and very dry winters, dry springs and autumns, and hot summers. Central Shaanxi, also known as Guanzhong, is the home of Xi’an and Mount Huashan. It is located south of the Beishan Mountains and north of the Qinling Mountains. This area enjoys cool to cold winters, and hot, humid summers. Southern Shaanxi is to the south of the Qinling Mountains and is well known for its stunning natural attractions, such as Nangong Mountain National Forest Park and Yinghu Lake. This area enjoys temperate winters and long, hot, humid summers. The annual mean temperature of the province is roughly between 8 to 16 °C (46 to 61 °F), plummeting to lows of up to -11 °C (12.2 °F) in the winter and reaching highs of up to 28 °C (82 °F) in the summer.

Shaanxi Province is renowned for its many historical sites, including the Terracotta Army, Zhaoling Mausoleum, Qianling Mausoleum, the Zhenbeitai section of the Great Wall, the Great Mosque, the Bell Tower, the Drum Tower, and the Great Wild Goose Pagoda to name but a few. It is also boasts its own unique styles of cuisine and is the birthplace of the famous Biángbiáng noodles, which are known as one of the “ten strange wonders of Shaanxi”. Other cities of import in Shaanxi, aside from Xi’an, include Baoji, Hanzhong, Lintong, Tongchuan, Xianyang, Yan’an and Ankang. If you want to know more about the origins of Chinese civilization, then you need to visit its source. You need to visit Shaanxi Province.

Join a travel with us to explore more about Shaanxi Province: Explore the Silk Road in China and Explore Chinese Culture through the Ages