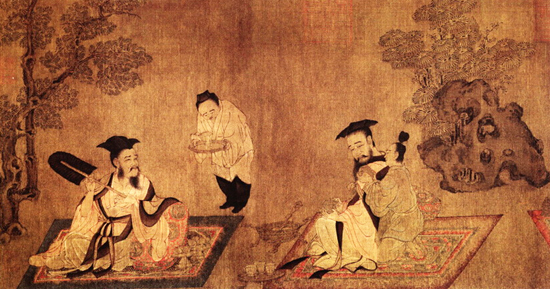 Not to be confused with the Jurchen[1]-led Jin Dynasty (1115–1234), the original Jin Dynasty (265-420 AD) was founded when Sima Yan, a powerful military general from the Wei Dynasty (220-265), forced the reigning Emperor Cao Huan to abdicate and took the throne for himself. After a successful military campaign against the Kingdom of Wu (222–280), Sima Yan finally managed to reunite the country for the first time in 60 years and was enthroned as Emperor Wu of Jin. It seemed that, after an era of horrific political instability known as the Three Kingdoms Period (220-280), the citizens of China would finally have some peace. Or would they?

Under Emperor Wu’s steady and educated hand, the country enjoyed great prosperity, and art, philosophy, and architecture began to flourish once again. However, not long after its establishment, the Jin Dynasty faced insurmountable social problems, including a mass migration of northern tribes into their territory. These tribal people were known collectively as the Wu Hu or “Five Barbarians”, although they were each distinct in terms of culture and customs. Tensions began to rise as these vastly different ethnicities came head-to-head with the Han Chinese population and new immigrants faced increasing levels of discrimination. Yet it seemed that these diverse ethnic groups weren’t the only ones struggling to get along. 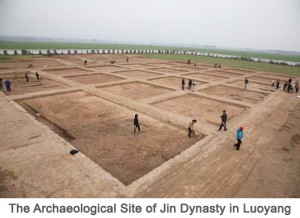 Emperor Wu believed that previous dynasties had failed largely due to a lack of support for the royal family, so he appointed many of his close relatives to act as imperial princes and let them rule over individual provinces in order to consolidate his family’s power. This move, though seemingly wise, would prove to be his dynasty’s downfall. When Emperor Wu tragically passed away in 290, he was succeeded by his ineffectual and incompetent son Sima Zhong or Emperor Hui. Several of the imperial princes saw this as an ideal opportunity to seize the throne for themselves, and so began the devastating War of the Eight Princes (301-305). Thousands were slaughtered, millions were displaced, imperial authority was divided, and the empire was severely weakened by this brutal civil war. In short, there was nothing princely about it!

With the imperial government thus crippled, several rebellious chieftains from the northern tribes began to run riot throughout the country. This set the scene for the vicious Wu Hu Uprising (304-316), during which the Jin Dynasty lost an army of over 100,000 troops and were eventually forced to relinquish control of northern China. The imperial capital of Luoyang fell in 311 and the reigning Emperor Huai was subsequently executed. His successor, Emperor Min, similarly surrendered and was executed when the alternate capital of Chang’an (modern-day Xi’an) fell in 316. Yet, rather than wallow in defeat, the Sima family saw this as an opportunity.

The year 316 may have marked the end of what historians call the Western Jin Dynasty (265–316), but not the dynasty as a whole. When news of Emperor Min’s death reached the south, Sima Rui was declared Emperor of the Eastern Jin Dynasty (317–420) and set his capital at Jiankang (modern-day Nanjing). After all, in the middle of difficulty lies opportunity! The imperial court, however, was largely under the sway of wealthy aristocratic families and influential military men, whose patronage and expertise they desperately depended on. This allowed generals like Wang Dun, Huan Wen, and Liu Yu to amass power during their expeditions to try and recapture northern China. 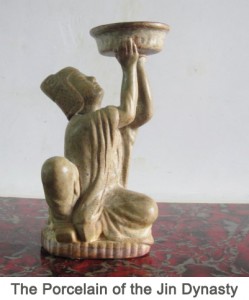 Although the Eastern Jin Dynasty was able to fend off several opponents, including the powerful Former Qin Dynasty (351–394) during the Battle of Fei River and a military coup started by Huan Wen’s son Huan Xuan, Liu Yu’s successful rise to prominence made him impossible to defeat. He soon usurped the throne and established the Liu Song Dynasty (420–479) in the south of China. Meanwhile, the north of China was embroiled in an unstable age known as the Sixteen Kingdoms Period (303-439). It was so-called quite simply because the territory in northern China was divided between a series of 16 separate kingdoms, some of them running concurrently and some of them succeeding one another. It was a time of great chaos, where citizens were never quite sure which nation they actually belonged to!

While the Eastern Jin Dynasty in the south was eventually conquered by the Liu Song Dynasty, the northern territories were finally united by the Tuoba clan of the Northern Wei Dynasty (386–535) in 439. This marked the official end of both the Jin Dynasty and the Sixteen Kingdoms Period, as the country was plunged into yet another fractured epoch known as the Northern and Southern Dynasties Period (420-589). So if you’re having a bad day just remember, the people of China were having an equally bad few hundreds of years! That being said, Buddhist art propagated and thrived during both of these war-torn eras, proving that beauty really can rise up out of ashes.

[1] The Jurchens: The Jurchens or Jurcheds were a Tungusic people, an ethnic group that has been acknowledged as distinct from Turkic and Mongolian people. During the 12th century, they took control of northern China and established the Jin Dynasty (1115-1234). By the 17th century, they were known as the Manchu people.