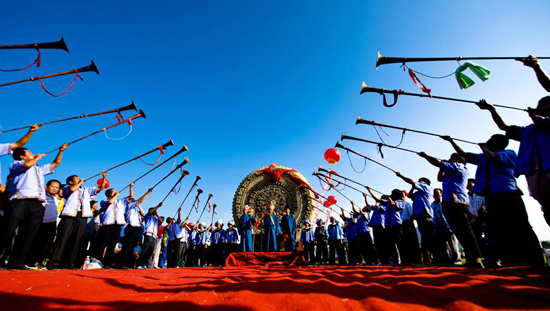 The Bouyei predominantly follow a polytheistic indigenous religion which incorporates features of shamanism[1], animism[2], and ancestor worship, as well as the Zhuang ethnic minority’s religion of Moism. Local priests or shamans are known as bumo and are often called upon to perform exorcisms, conduct funerals, or chant scripture at festivals. Yet these bumo do not making a living from religious activities, and will work primarily as farmers just like other members of the community. At least they know their crops will be blessed! 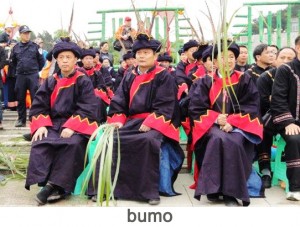 There are also female shamans known as yaya, who carry out divination ceremonies and exorcisms. Unlike the bumo, the yaya are not formally trained and instead discover their unique abilities after suffering from a severe illness. It is only then that they are able to notice the demons that surround themselves and others, which probably comes as quite a shock after recovering from a major infection!

The dragon and the fish have a special place in the Bouyei’s folk religion as they are believed to be relatives of the Bouyei’s ancestors. And you thought your family was weird! According to one of their legends, the Bouyei people originated from a dragon woman who was impregnated by a man. In keeping with this legend, to give birth to a boy is known as “having a dragon” so many women will embroider dragons on their clothes in the hope that they will have sons. They believe that dragons are everywhere, and are always careful not to disturb them. For example, before they erect a new house, they will ask the dragon to leave first and only invite it to return once the house is built.

A rather more disturbing and less magical legend recounts the story of an ancient ancestor who impregnated a fish, hence why they regard fish as relatives. For many centuries the Bouyei did not eat fish because, according to another legend, a boy who once ignored his mother’s advice and ate a fish was then subject to numerous disasters; perhaps because that fish was his second cousin!

Regardless of whether you’re half fish, a quarter dragon or just a normal human being, family matters to the Bouyei people. In keeping with their tradition of ancestor worship, every house will have a tablet dedicated to the resident’s ancestors where offerings of food and wine will be made on any important family occasion or during festivals. 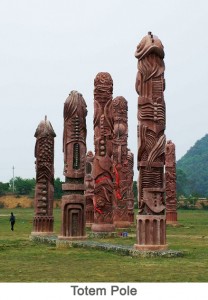 All religious ceremonies revolve a sacred book known as the Mojing, which is a collection of songs. The longest ceremonial song is reserved only for funerals, where it will be sung by a bumo. Their most important religious ceremony is known as “bringing the souls of the dead out of purgatory”, which lasts seven days and seven nights and can draw crowds of more than 10,000 people! It is actually a sequence of several ceremonies designed to worship 36 of their deities.

A small pig will be sacrificed to each of the deities but other offerings depend on the specific deity’s importance. For example, some will have a whole chicken sacrificed to them while others may only receive an egg or a piece of meat. Some of the choicest offerings are reserved for the Mother Goddess, their fertility deity, and the Goddess of the Flower Forest, who distributes “flowers” or children to parents. 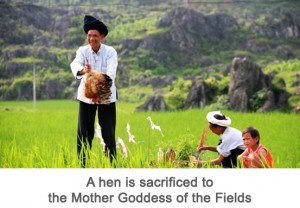 Every Bouyei village will also be flanked by a large banyan or camphor tree and a stone shrine dedicated to their ancient ancestor Baogendi. Both the tree and Baogendi are thought to protect the village and are thus honoured with a small ceremony during every festival. Sometimes people will place small animal figurines, such as horses, sheep, or pigs, inside Baogendi’s shrine as he supposedly has the power to bless people with livestock.