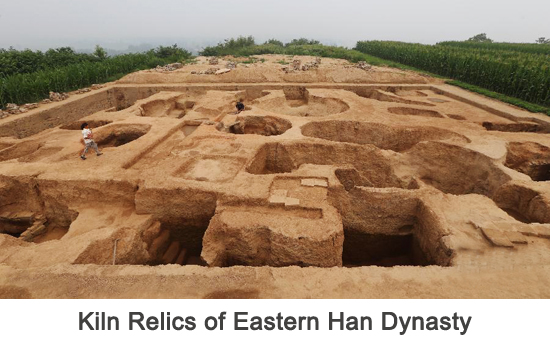 In 25 AD, Liu Xiu managed to take back control of the country and restore the Han Dynasty, taking on the name of Emperor Guangwu. Since Chang’an had been virtually obliterated by warfare, he moved the imperial capital to Luoyang, which marked the beginning of the Eastern Han Dynasty. However, he didn’t manage to completely defeat all of his political rivals until 36 AD. After all of that effort and bloodshed, you’d wonder why anyone would want to be emperor! Guangwu decided to play it safe and reverted back to the governmental structure of the Western Han Dynasty (206 BC-25 AD). In an effort to halt the corruption that the palace had suffered under for so many years, he took steps to rid the government of powerful eunuchs and imperial consorts.

By the time his son Emperor Ming ascended the throne, China was once again strong enough to adopt a fruitful foreign policy and send armies out to quash the invading Xiongnu nomads. It was during the following Emperor Zhang’s reign (75–88 AD) that the country reached its peak when it came to international prestige. Unfortunately this peak represented the highest point of the Eastern Han Dynasty which means, as you may have guessed, that it was all downhill from there! Like the Western Han Dynasty, it was violent power struggles between imperial consorts and meddling eunuchs that would be the empire’s downfall.

When Emperor Zhang died in 88 AD, his son Liu Zhao took the throne at just nine years of age. In fact, of the 14 emperors that took the throne during the Eastern Han Dynasty, a staggering 8 of them were between the ages of 100 days and 15 years. When you’re counting your age in days, you shouldn’t be expected to run a country! It was this consistent procession of child emperors that allowed corruption to run rife through the palace and eventually crippled the dynasty as a whole. Even the emperors who made it into adulthood were largely more concerned with womanising and drinking than they were with governing. 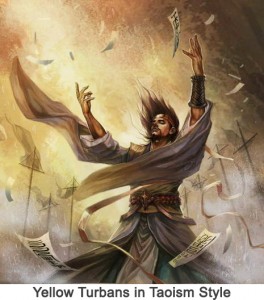 During the final 50 years of the Eastern Han Dynasty, northern China was subject to a series of invasions and the administration was so corrupt that it was rendered powerless to stop them. Rebel bands of Taoists, such as the Yellow Turbans and the Five Pecks of Rice, began running riot throughout the country and started massive rebellions that took years to quell. In the meantime, many of the powerful families who had helped quash the rebellions decided not to disband their military forces and used these troops to amass power outside of imperial authority. Famous warlords such as Dong Zhou, Liu Bei, and Sun Quan all vied for a chance to become emperor, but it was the Cao family that appeared to reign supreme. 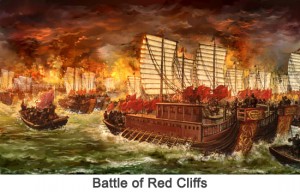 General Cao Cao gained control of northern China and, although he was defeated by Sun Quan at the famous Battle of Red Cliffs, it was his actions that allowed his son to eventually succeed. The last Han emperor, Emperor Xian (r. 189–220), was forced to abdicate by Cao Pi in 220 AD. This allowed Cao Pi to establish the Wei Dynasty (220-265), but he only controlled the northern territories, which left large portions of China ungoverned. In 221 AD, Liu Bei took control of a south-westerly region known as Shu and established the Shu-Han Dynasty (221–263), while Sun Quan conquered the south-easterly Kingdom of Wu (222–280). With the country thus fractured, the Han Dynasty officially ended and a new era in Chinese history began: the Three Kingdoms Period (220-280).