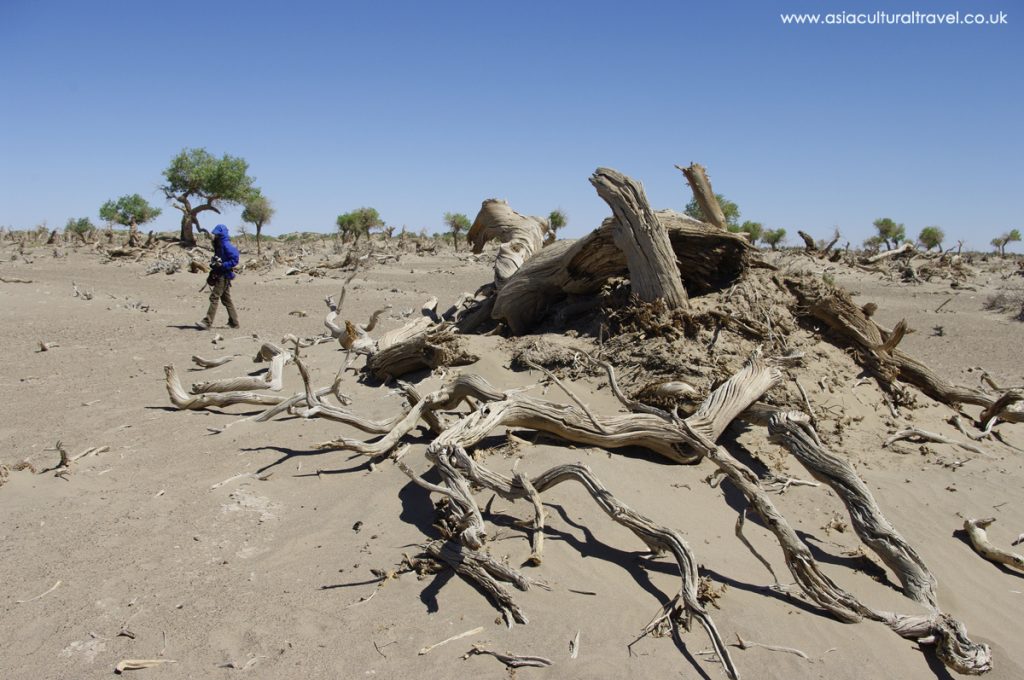 Where hooves once thundered across the verdant grasslands, the feet of intrepid explorers now tread. Historically, Ejin Banner served as the hunting grounds of the fearsome Xiongnu people until the region was conquered by the Han Dynasty (206 BC–220 AD) in 121 BC. In 1226, it was incorporated into the Mongol Empire (1206-1368) by Genghis Khan and, during the Mongol-led Yuan Dynasty (1271-1368), it became home to a vast constituency of Mongolian nomads. The term “banner” is Mongolian and refers to an administrative division much like a county. Resting within the hostile Gobi Desert, Ejin is the westernmost banner in Inner Mongolia. It borders Gansu province to the southwest and Mongolia to the north. Although the majority of the population is now Han Chinese, it is still regarded as a culturally Mongolian region.

Not only is it larger than the provinces of Jiangsu and Zhejiang, it is so geographically vast that it is roughly the size of South Korea! Its name is derived from the Ejin River, which flows from the Qilian Mountains in Gansu province through to the Juyan Lake Basin within the region. Ejin Banner is famed for its diverse natural beauty and boasts one of the largest Euphrates or desert poplar forests in the world, which covers a colossal area of over 300 square kilometres (116 sq. mi). In autumn, the leaves turn a rich golden colour and the forest shimmers in the desert sun. 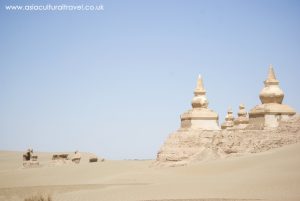 Within the Ejin Banner, the Juyan Lake Basin has been a site of historical importance for centuries. It once boasted the famed city of Khara-Khoto, known in Chinese as the “Black City” due to its proximity to the “Heishui” or Black River. This ancient metropolis was built by the Tangut people of the Western Xia Dynasty (1038–1227) and rose to become a major trading hub during the 11th century. Towards the end of the 14th century, a brutal war between the Mongolian army and the Han Chinese army of the Ming Dynasty (1368-1644) meant that the city was tragically deserted. Having dried up many years ago, the Juyan Lake and the Black River have long been lost to the sands of time. Nowadays, all that remains are the abandoned ruins of this once venerable city.