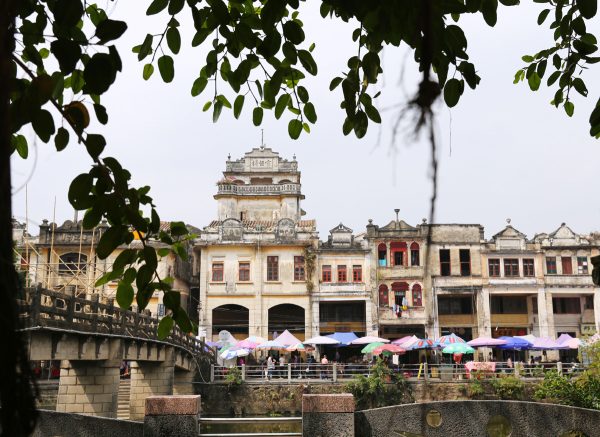 In China, the province of Guangdong has long been synonymous with commerce and prosperity. Since its time as a major trading hub along the Maritime Silk Road, it has flourished into one of the most populous and wealthiest regions in the world. In fact, its population is so huge that, if it was counted as a separate nation, it would rank among the top twenty largest countries by population in the world! Like the floods of people who flock to New York to pursue the American Dream, millions of people immigrate to Guangdong every year to try and make their fortune. Since its long coastline fronts the South China Sea to the south and southeast, it remains one of the world’s most important centres for maritime trade.

The region, which was formerly known as Canton or Kwangtung, received interaction from foreign countries far earlier than other parts of China, thanks to its numerous bustling trading ports. This has led to Guangdong developing its own unique cultural identity, a perfect intermingling of Chinese and Western influences with a bit of local flair thrown in for good measure. The Pearl River Delta, a confluence of the Xi (West), Bei (North), and Dong (East) rivers, represents the cultural heart of the province, while the rest of Guangdong is characterised by its smooth, low hills.

Since it is one of the southernmost provinces, it benefits from a humid subtropical climate, with short, mild winters and long, hot summers. July temperatures sit at a sweltering average of between 28 to 30 °C (82 to 86 °F) and drop to a comfortable 13 to 16 °C (55 to 61 °F) in January. However, this glorious weather does come with a catch! The rainy season, which lasts from mid-April to mid-October, is particularly fierce, and from July to September the region is frequently buffeted by typhoons. Therefore it’s recommended that you check the weather forecast carefully and regularly before planning your trip!

The population of Guangdong is made up predominantly of Han Chinese people, with small constituencies of Yao and Zhuang people dotted throughout various autonomous counties. However, the level of diversity within the Han ethnic group itself is astounding. Numerous subgroups of Han people dominate certain parts of the province, including the Tanka or Boat People, who generally live along rivers and the coast; the Teochew people, who inhabit an eastern coastal area known as Chaoshan; the Hakka people, who can be found throughout eastern Guangdong; and the Cantonese people, the largest subgroup of them all. Each of these subgroups boasts their own language, culture, customs, festivals, and delicious styles of cuisine. So be sure to catch a performance of the famed Hakka Hill Songs, or perhaps indulge in an evening of Teochew Opera!

Not to mention, the local Canton-style cuisine is heralded as one of the Eight Great Culinary Traditions of Chinese Cooking. Since more Cantonese people immigrated to foreign countries than almost any other ethnic group in China, this style of cuisine is the most prevalent in Chinese restaurants throughout the world, and it is the one that most non-Chinese people are familiar with. It is characterised by its variety of fresh ingredients, minimal seasoning, and quick cooking techniques, with signature dishes like Sweet and Sour Pork and Chow Mein delighting palates across the globe. The Guangzhou International Food Festival, which is held in the provincial capital of Guangzhou during October or November every year, is the ideal place to sample some of the province’s delicacies.

Since Guangdong doesn’t draw the same kind of tourist crowds that many other provinces do, you’ll often find that you’ll have many of its excellent attractions all to yourself! From Zhaoxing Lake and the Seven Star Crags to Mount Danxia and Dinghu Mountain, nature lovers will be spoilt for choice in this lush, hilly region. For history buffs, there’s always the Foshan Ancestral Temple, which is dedicated to Beidi, the Northern God; the Sacred Heart Cathedral, one of the only churches in the world to be built entirely out of granite; and the Sun Yat-sen Memorial Hall, which honours the politician Sun Yat-sen. 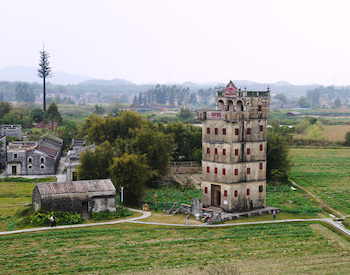 However, the magnificent Diaolou of Kaiping County are undoubtedly the province’s star attraction. These multi-storey watchtowers were first built during the early Qing Dynasty (1644-1912), but reached their peak popularity during the 1920s and 1930s. Originally there were more than 3,000 of these spectacular structures, but nowadays this number has dwindled to approximately 2,000. Their unusual blend of Chinese and Western architectural features make them unique among fortress-like buildings in China, and they were collectively designated a UNESCO World Heritage Site in 2007. However, if all that sight-seeing sounds too exhausting, you can always take a leisurely cruise down the Pearl River instead!