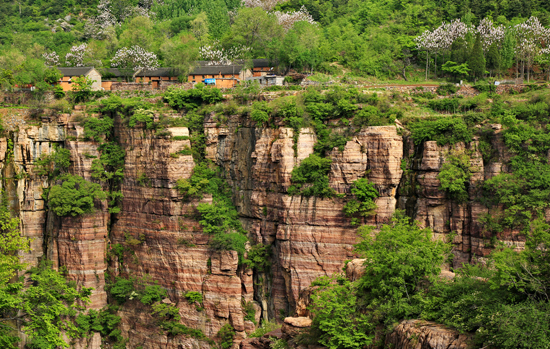 Alongside the provinces of Shanxi and Shaanxi, Henan is widely regarded as the cradle of Chinese civilisation. Archaeological sites have shown that northern Henan was settled as early as the Neolithic Period (c. 8500-2100 BC), with cultural sites such as Yangshao and Longshan dating back over thousands of years. Near the modern-day city of Anyang, the ancient Shang Dynasty (c. 1600-1046 BC) placed its capital at a site called Yin sometime around 1300 BC. It was in these ancient ruins that archaeologists discovered the Oracle Bones and Oracle Bone Script, the earliest known Chinese writing system in history. Over time, three of Henan’s cities (Luoyang, Anyang, and Kaifeng) would come to be ranked among the Seven Great Ancient Capitals of China. Yet don’t be mistaken for thinking that Henan’s glory days are behind it! It still has plenty to offer in the way of stunning scenic spots and historical attractions. 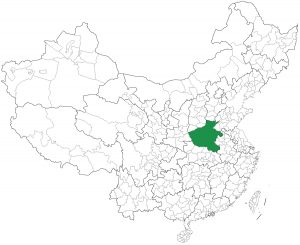 When the Shang Dynasty fell to the Zhou Dynasty (c. 1045-256 BC), Yin (Anyang) lost its status as capital, but the cities of Henan were destined to make an epic comeback. Luoyang served as the imperial capital for the Eastern Zhou (c. 771-256 BC), Eastern Han (25-220 AD), Wei (220-265), Western Jin (265–316 AD), Northern Wei (386–535), and Later Tang (923-937) dynasties, while Kaifeng enjoyed the title throughout the Northern Song Dynasty (960–1127). Their strategic location as gateways between the North China Plain and the Huai River basin meant that these two cities played a key role in Chinese history even when they weren’t the official capitals. But, when it comes to Henan’s venerable history, it seems that the higher you climb, the harder you fall!

Henan suffered profoundly during the Second Sino-Japanese War (1937-1945), as widespread famine, drought, and destruction crippled the province. The after-effects of this devastating period resonated right up until the 1960s, resulting in the deaths of millions of people. Fortunately the region has since recovered, and is now one of the most popular provinces in China for tourism. Regional handicrafts such as the Junci porcelain of Yuzhou, the jade carvings of Zhenping, and the Tang Dynasty tricoloured pottery of Luoyang enjoy great renown throughout the country. The provincial capital of Zhengzhou is a major hub for rail transport, and the province remains one of the country’s main producers of silk. Like a phoenix, Henan has veritably risen out of the ashes!

The province benefits from a temperate climate, bordering on humid subtropical in the south and humid continental in the north. Winters can drop to a chilly −2 °C (28 °F), while temperatures rise to a comfortable 28 °C (82 °F) in summer. Most of the province is dominated by the North China Plain, with mountains rising in the west and the Yellow River cutting across the north. The magnificent Mount Song, one of China’s Five Great Mountains, towers over the eastern part of the province. This sacred mountain boasts a plethora of spectacular temples, the most famous of which is the Shaolin Temple.

Dating back over 1,500 years, the Shaolin Temple is dedicated to the Chan (Zen) sect of Buddhism and was the birthplace of Shaolin Kung-Fu. In 2010, it was inscribed as a UNESCO World Heritage Site, along with its accompanying Pagoda Forest. Other Buddhist sites, such as the Longmen Grottoes and the White Horse Temple at Luoyang, have become popular tourist attractions and are some of the earliest examples of Buddhist architecture in the country.

Alongside the Shaolin Temple and the Longmen Grottoes, the ancient ruins of Yin, the Shang Dynasty capital, were designated a UNESCO World Heritage Site in 2006. From the mountain resort of Jigong to the colossal statue of the Spring Temple Buddha, you’ll find sites of major historical significance wherever you turn in Henan! And, if all that history becomes too taxing for you, you can always settle down to an evening performance of the celebrated Henan or Yu Opera.