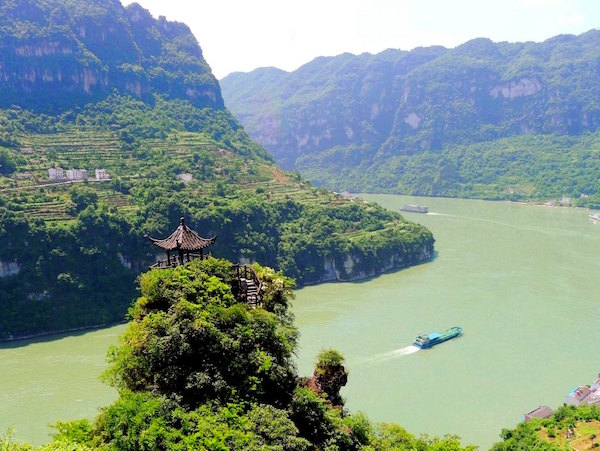 Lying at the very heart of central China, Hubei province forms a large part of the middle basin of the Yangtze River. Even its name, which means “North of the Lake” in reference to its position north of Dongting Lake, is derived from a body of water and demonstrates just how important these natural wonders are to the province. You could almost say locals in Hubei are used to the life aquatic! Alongside its scenic beauty, Hubei’s central location means that its provincial capital of Wuhan has risen to become one of China’s major transport, commercial, and cultural hubs. Historically it was known as “the thoroughfare of nine provinces”, since it is the largest inland port in the country.

The province itself is made up primarily of vast mountainous regions and flat alluvial plains. It benefits from a humid subtropical climate, with four distinct seasons. Winters are short but can be particularly bitter when the north winds hit, with temperatures oscillating between 4 °C (40 °F) and 6 °C (43 °F). The summers are long and swelteringly hot, with temperatures regularly exceeding 29 °C (85 °F). The relatively high humidity can make the summers somewhat oppressive, especially during the night. Summer in Wuhan is notoriously unbearable, with punishing temperatures of 40 °C (104 °F) and above. The best times to travel in Hubei are during spring and autumn, which are both comfortable and sunny seasons.

The high profile Three Gorges Dam is located in the west of the province, positioned in Xiling Gorge of the magnificent Three Gorges. This colossal water control project was designed to provide water conservation, flood control, and hydroelectric power by utilising the powerful current of the Yangtze River. It represents the largest hydropower project in the world and is now a surprisingly popular tourist attraction, where visitors can marvel at the dam’s impressive size and learn all about how it works. However, this gigantic undertaking came with an equally large price. The dam has actually caused irrevocable damage to much of the natural scenery, and many scientists have complained that the ends simply didn’t justify the means. 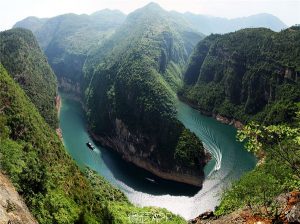 Nowadays visitors can also navigate the Three Gorges conveniently by riding one of the many tourist boats that travel up the Yangtze River from Yichang into neighbouring Chongqing Municipality. While Xiling Gorge is famed for its spectacular rocky peaks, Qutang Gorge boasts scenic landscapes and Wu Gorge is resplendent with forests and mountains, all wreathed in an ethereal mist. Three may be the magic number, but choosing which of these three gorges to explore will feel like a trial!

Although Hubei is undoubtedly a water wonderland, its mountains are no less magnificent. The Wudang Mountains have been a site of natural and cultural significance for centuries, and were made a UNESCO World Heritage Site in 1994. This small mountain range may not seem terribly impressive, but its home to a world-renowned complex of Taoist temples and monasteries that are all dedicated to the god Xuan Wu.

The oldest extant building on the mountain is the shimmering Golden Hall, which was constructed entirely of gilded copper and dates back to 1416. Many of the other temples are technically much older but had to be rebuilt or refurbished over time, such as the Five Dragons Temple, which was originally built during the Tang Dynasty (618-907). While the Shaolin Temple in Henan province is heralded as the birthplace of Chinese Kung-fu, the Wudang Mountains are celebrated as the origin of Tai Chi.

Alongside the Wudang Mountains, the Shennongjia Nature Reserve was made a UNESCO World Heritage Site in 2016 and ranks as one of the finest scenic areas in Hubei province. It is home to numerous rare species of animals and plants, including the giant salamander and the golden snub-nosed monkey. The park itself is named after a legendary deity in Chinese mythology known as Shennong, who is believed to be one of the ancient ancestors of the Chinese people. He supposedly invented crockery, discovered herbal medicine, and taught people how to cultivate the land. According to local legend, he poisoned himself over 70 times while tasting herbs in Shennongjia to test their medicinal properties.

With such an otherworldly background, it should come as no surprise that the Shennongjia Nature Reserve is rumoured to hide a mythical creature within its depths! The yeren or “Wild Man” has long been said to stalk the forested hills of the park, acting as a sort of Chinese equivalent to North America’s Bigfoot. The reserve is also supposedly home to an unusual number of albino animals, including white bears, white squirrels, white deer, and white crows. So be sure to keep your camera handy; you never know when you might be treated to an extraordinary sight!

Fairy-tales and legends abound in Hubei province, even in its provincial capital. Yellow Crane Tower, which is located in Wuhan, was reputedly the place where an immortal named Wang Zi’an rode away from Snake Mountain on a yellow crane. The tower was built later to commemorate this story, and is considered one of the Four Great Towers of China. Although it was originally built in 223 AD, it has been rebuilt several times and now boasts a number of modern features, including an elevator. It may not be as fun as riding a yellow crane, but it certainly makes ascending the tower much easier!