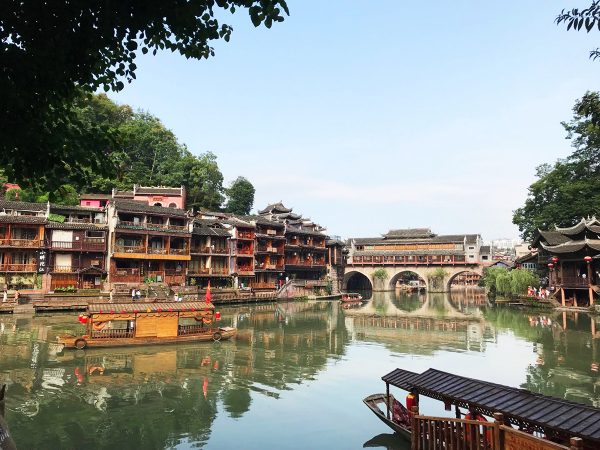 Marvelled for its natural beauty and its historical significance, Hunan province remains one of the most popular tourist destinations in China. Its name literally translates to mean “south of the lake”, which is derived from its position south of the sparkling Lake Dongting. It might not be the most creative title, but it certainly demonstrates just how important nature is to this province. Even its abbreviated name, Xiang, is based on the Xiang River, which winds its way through the province. From towering karst mountains and obscure danxia landforms to thick bamboo groves and surging rivers, you’ll never be too far away from the majesty of Mother Earth!

Hunan’s landlocked south-central location means it’s bounded by numerous provinces, with Hubei in the north, Jiangxi in the east, Guangdong in the southeast, Guangxi in the southwest, and Guizhou in the west. Yet it’s more than just a hub for passing travellers. With the ethereal Wulingyuan Scenic Area, picturesque Fenghuang Ancient Town, and sacred Mount Heng, Hunan boasts more must-see tourist attractions than many provinces combined!

In terms of weather, it’s served by a humid, subtropical climate, with the north experiencing more extreme weather conditions than the south. Temperatures average a mild 3 to 8 °C (37 to 46 °F) in winter, but can skyrocket to between 27 to 30 °C (81 to 86 °F) when summer hits. Large parts of the province lie in the path of wet monsoons, which pass from west to east along the Yangtze River basin. From April to June, the wet season lays claim to Hunan, drenching it in frequent downpours of heavy rain. July and August are considered uncomfortably humid, so the best time to visit the province is during autumn, as the temperature is cooler and the rainfall is lighter. 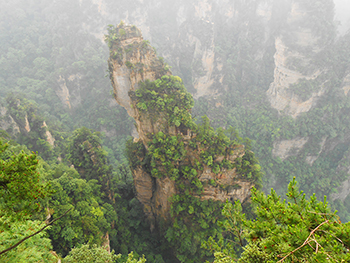 The heavy rainfall and humid climate may not be ideal holiday weather, but they’ve contributed to make Hunan the largest producer of rice in China! Along with this staple food, red and black tea is also grown in copious amounts on the foothills of the Xuefeng Mountains and Mount Mufu. Cities throughout Hunan are celebrated for their fine handicrafts, such as xiang embroidery in the provincial capital of Changsha, bamboo furniture in Yiyang, porcelain wares in Liling, and the world-renowned fireworks of Liuyang. Some of the pottery kilns in the cities of Yueyang and Xiangyin even date back as far as the Tang Dynasty (618–907)!

Yet this isn’t the province’s only historical claim to fame. The poet Qu Yuan was supposedly born somewhere in Hunan and drowned himself in the province’s Miluo River, which became the basis for the legend of the Dragon Boat Festival. Not only that, but the founding father of the People’s Republic of China, Mao Zedong, was born in Shaoshan, and a number of other famous politicians also hail from cities throughout the province.

Although Hunan is largely dominated by the Han ethnic group, there are also significant constituencies of Miao, Tujia, Dong, and Yao people. This adds to the delicate tapestry of cultures that can be found throughout the province, from the vibrant silver jewellery of the Miao people to the wooden splendour of the many Dong drum towers. There is even a well-known smattering of Uyghur people living in Taoyuan County. They have become something of a national curiosity since, unlike other Uyghurs, they have embraced Han Chinese customs and regularly eat pork, which is in violation of their Muslim faith.

So what does Hunan province have to offer you? If you’re a firm nature lover, you won’t want to miss Dongting Lake, the second largest freshwater lake in China; Wulingyuan Scenic Area, the mountain range that served as the inspiration for the blockbuster movie Avatar; and Mount Heng, one of the Five Great Mountains of China.

For the history buff, there are plenty of ancient and modern sites to keep your curiosity at bay. The Mawangdui Tomb Complex, a collection of tombs dating back over 2,000 years ago, and the Confucian Yuelu Academy are arguably the most intriguing, while Fenghuang Ancient Town and Yueyang Tower are undoubtedly the most beautiful. However, any trip to Hunan simply wouldn’t be complete without visiting Shaoshan, the birthplace of Chairman Mao. Once your hunger for nature and history has been satisfied, be sure to indulge in a few of the province’s famous signature dishes. Hunan-style cuisine is listed as one of the Eight Great Culinary Traditions of Chinese Cooking. With its distinctive spiciness and sour tang, it’s sure to tickle your taste-buds and keep you wanting more!