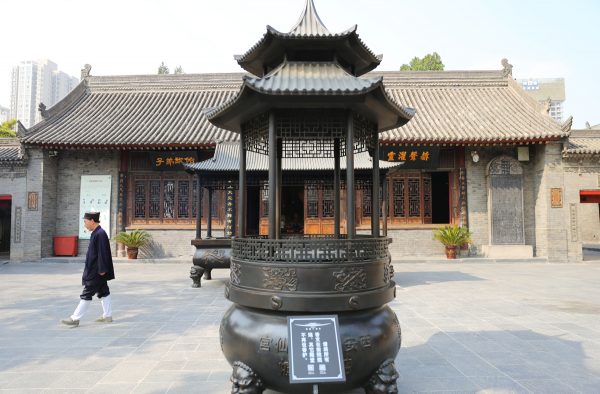 With their ability to bestow life and overcome the forces of evil, the 8 Immortals have captured the imagination and admiration of people throughout China for centuries. Think of them like the original Chinese superheroes! They have been a focal feature of Chinese mythology since the Han Dynasty (206 BC–220 AD) and have been particularly influential when it comes to the indigenous Chinese religion of Taoism, although their identities weren’t strictly fixed until the Ming Dynasty (1368-1644). Each of them carries a special magical item, which are regarded as holy articles in Taoism.

The 8 Immortals are traditionally known as: Han Zhongli, who clasps a fan that can bring the dead back to life; Zhang Guolao, whose sacred item is an unusual drum made out of a bamboo tube; Han Xiangzi, who is often depicted playing his flute; Li Tieguai, who heals people using the special medicine in his magical gourd; Cao Guojiu, who is rarely seen without his imperial jade tablet; Lü Dongbin, who wields a powerful sword; Lan Caihe, who carries a basket of flowers; and He Xiangu, who delicately holds a single lotus flower. They are predominantly male, although He Xiangu is the only woman among them and Lan Caihe’s gender is often left ambiguous.

Outside of the 8 Immortals Temple in Xi’an, a stunning mural recounts a famous legend known as “The Eight Immortals Cross the Sea”. According to this fabulous legend, the 8 immortals were on their way to attend a conference that was being held by a goddess known as the Queen Mother of the West, who is renowned in Chinese mythology for her magical peaches that can bestow immortality. Their journey, however, was unexpectedly brought to a halt when they encountered an ocean in their path. The typical mode of transport for an immortal in this instance would be to ride on a cloud, but the 8 immortals couldn’t resist the chance to show off their powers!

Rather than simply conjure up their celestial clouds, Lü Dongbin suggested that they should each use their unique skills to get across. In some depictions, the immortals are shown literally skidding across the waves sat atop their sacred items, but the mural outside of the temple recounts the version of the story in which they transformed their sacred items into various different fantastical animals, which they then rode. This enthralling tale gave rise to the Chinese proverb: “The Eight Immortals cross the sea, each one reveals their divine powers”, which is used to describe when everyone uses their unique skills and expertise in order to achieve a common goal. In some instances, however, people use this proverb to refer to a situation where each person is striving to outshine their peers and assert their superiority. Even when it comes to divine deities, it’s still all a matter of perspective! 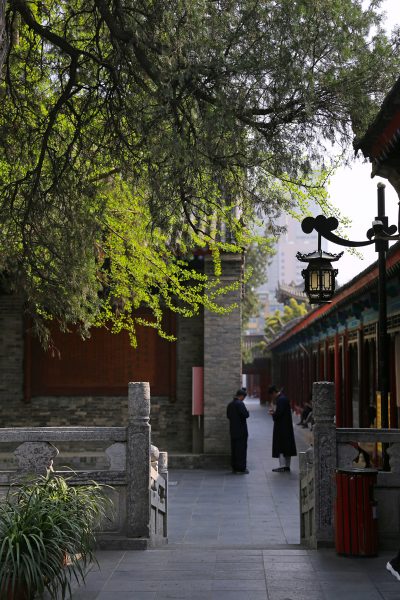 In-keeping with the grandeur that surrounds these mythical figures, the 8 Immortals Temple is the largest Taoist temple in Xi’an and has a particularly special historical pedigree. In 1900, an international military coalition known as the Eight-Nation Alliance was formed by Japan, Russia, Britain, France, the United States, Germany, Italy, and Austria-Hungary as a response to the ongoing Boxer Rebellion, which had been responsible for the deaths of numerous foreign missionaries.

In that same year, the alliance’s armed forces invaded and occupied Beijing, forcing the ruling Emperor Guangxu and his mother Empress Dowager Cixi to flee to Xi’an. They sought refuge within the 8 Immortals Temple, which is now occasionally referred to as the 8 Immortals Palace because it briefly served as the residence of royalty. After Emperor Guangxu and Empress Dowager Cixi were able to safely return to Beijing, they donated substantial amounts of silver to fund the renovation of the temple and a board inscribed by Empress Dowager Cixi herself still hangs within one of its halls. While it is believed that the temple was originally built during the Song Dynasty (960-1279), most of its existing structure dates back to these renovations made during the Qing Dynasty (1644-1912).

Alongside the Drum Tower and the Bell Tower, the temple can roughly be divided into three sections. The first section is made up of five halls that are dedicated to a Taoist deity known as Wang Lingguan. The second section is formed of two halls, with the back hall featuring colourful painted statues of the 8 Immortals. The third and final section simply consists of the Main Hall, which is where the tablet inscribed by Empress Dowager Cixi is housed. Inside this hall, locals and visitors alike make offerings to Taoist deities, with particular emphasis on a high-ranking goddess known as Doumu or “the Mother of the Great Chariot”.  To the west of this hall lies a hall for the immortal Lü Dongbin and a hall for the deity Yaowang or the “King of Chinese Medicine”, while accommodation for the resident Taoist priests can be found to the east. 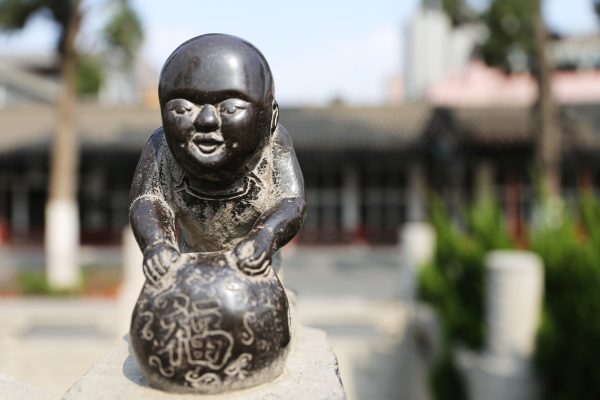 At the centre of the temple courtyard, visitors can cross over the Bridge of Meeting Immortals, which was built in memory of Wang Chongyang, the legendary founder of the Quanzhen sect of Taoism. This venerable master of Taoism is also intimately connected to the 8 immortals, as he was supposedly enlightened by none other than Lü Dongbin. It’s a small spiritual world after all!

While they are not represented by individual halls within the temple complex, the 8 Immortals Temple is also the place where locals in Xi’an come to pray to the hundreds of other Taoist immortals, who are each responsible for a different area of human life. In many ways, they have been said to resemble the patron saints of Catholicism. On the 14th day of the fourth month and the 9th day of the ninth month every year according to the Chinese lunar calendar, worshippers will converge on the temple for the 3-day-long temple fair and the Double Ninth Festival respectively. During both of these festivals, the temple will be fragrant with the sweet smell of incense as vibrant worshipping ceremonies take place throughout its many halls.

Make your dream trip to The 8 Immortals Temple come true on our travel: Explore the Silk Road in China