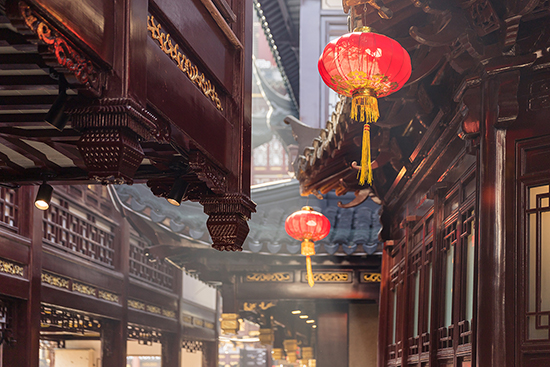 The City God Temple is considered so integral to the history of Shanghai that there is even an old local saying which states, “Anyone who fails to see the City God Temple, fails to see Shanghai”. So, if you’re braving that long flight to China and stopping off in the city, you surely don’t want to be accused of missing out! It is located in the old, walled part of Shanghai and nowadays the name applies not only to the temple but also to the surrounding district, including Yuyuan Garden, Chenxiang Pavilion, and over a hundred shops. Most of these stores are over a hundred years old and have retained their antique charm, proving that modern technology isn’t always the way forward!

The temple is dedicated to the “Chenghuangshen” or “City God” of Shanghai, which was regarded as the guardian of the city. Chenghuangshen literally means “God of the Moat and Walls”, but is frequently abbreviated to “City God”. The term originally applied to a deity belonging to Chinese folk religion who was charged with the protection of a particular village, town, or city, and its corresponding afterlife location. This tradition dates back over 2,000 years and over time the term gradually changed in meaning, being applied not to a deity but instead to a deified deceased official or leader of the city. It was believed that this deity held sway over the souls of deceased citizens from the city and could also intervene in the affairs of living citizens.

In times of crisis or during natural disasters, residents would appeal to their City God for help. From the 19th century onwards, the City God would even be called to serve in three official processions every year and perform certain administrative duties: on the 3rd day of the 3rd lunar month, he would let the spirits of the dead out of their winter quarters; on the 1st of the 7th month, he would take a census of all the spirits and ensure they were well-fed; and on the 1st of the 10th month, the biggest event of the three, he would provide the spirits with winter clothing and return them to their winter quarters. So, after a lifetime of serving the government, it seems a civil servant’s work is never done, even after death!

The Shanghai City God Temple is in fact dedicated to not just one city god, but three. Evidently it is true what they say; three really is the magic number! The first of these is a famous chancellor named Huo Guang (unknown-68 BC), who rose to prominence during the Han Dynasty (206 BC–220 AD). He is fondly remembered for having been one of the only officials to depose a young emperor not for personal gain or to replace him, but in the interests of the state. This has earned him accolade as one of Chinese history’s most noble officials, and he was made the original City God of Shanghai County during the Yuan Dynasty (1271-1368).

The second is a scholar named Qin Yubo (1295–1373), who once lived in Shanghai and served the Yuan Dynasty as a civil servant. After the Hongwu Emperor founded the Ming Dynasty (1368-1644), he summoned Yubo to serve him at court twice, but each time Yubo declined the summons. He eventually relented and became the chief imperial examiner, but his refusal to become involved in corrupt court politics earned him the respect of the Emperor and he was anointed as the City God of Shanghai on his death. In short, he is perhaps the first man in recorded history to have been rewarded for not listening to the Emperor!

The final one is Chen Huacheng (1776–1842), a Qing Dynasty general who was responsible for the protection of Shanghai during the First Opium War (1839-1842) and gave his life defending the Yangtze River area from the British. Each of these three decorated figures is represented by their own respective statue within the temple. 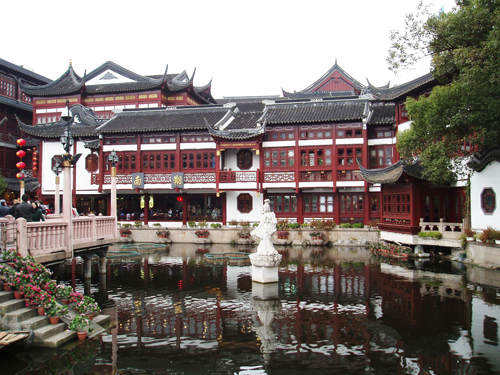 Originally the temple was called Jinshan or “Golden Mountain” Temple and was dedicated to the worship of Jinshan, an island just off the coast of Shanghai. It was converted into the City God Temple in 1403, during the Ming Dynasty, but didn’t reach its peak popularity until the Qing Dynasty (1644-1912). Huge crowds of residents would flock to pray there on such a regular basis that it prompted several businesses to set up shop in the surrounding streets. The success of these stores meant that the district soon transformed into a bustling marketplace, making it a haven for both spiritualists and shopaholics!

During the Cultural Revolution (1966-1976), the temple was closed down and the main hall was used as a jewellery shop for many years. Eventually governance of the temple was passed on to the Shanghai Taoist Association and they gradually transformed it into a Taoist temple, removing several statues of Chinese folk deities, such as Yama (Judge of the Dead), in order to place emphasis on Taoist beliefs. By 1994, the temple had been fully restored to its former glory and even had a substantial constituency of resident Taoist priests.

Nowadays, alongside worshipping, visitors to the temple can watch folk performances, try their hand at calligraphy, buy a few souvenirs, or sample some of the heavenly delights that the surrounding restaurants have to offer. This district is regarded as a mecca for some of Shanghai’s finest snacks, so it’s a must visit for gourmands and gluttons alike. From saucy barbecue pork buns to steaming hot crab soup, these tasty treats are sure to send you to seventh heaven!

Join our travel to visit the City God Temple in Shanghai: Explore Chinese Culture through the Ages