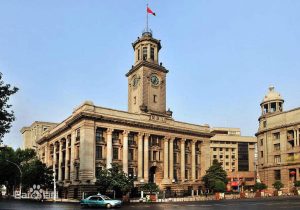 The history of Wuhan is a tale of three cities. Before 1949, it was separated into Wuchang, Hankou, and Hanyang, which together formed the industrial, cultural, and commercial centre of Hubei province. Since they were located at the intersection of the Han and Yangtze rivers, they rapidly became some of the major inland trading ports in the country. If three is the magic number, then Wuhan must truly be a magical place! Nowadays, the city remains the most important transportation hub in central China, with countless railways, roads, expressways, and cruises connecting it to cities in the north, south, east, and west. On the north-south axis, it is roughly equidistant from Beijing and Guangzhou, while on the east-west line it forms a vital link between Shanghai and Chongqing.

The area surrounding Wuhan was settled as early as the Zhou Dynasty (c. 1045-256 BC) and, by the Han Dynasty (206 BC–220 AD), Hanyang had already risen to become a busy inland port. During the Three Kingdoms Period (220-280), the infamous Battle of the Red Cliffs took place in the region, resulting in the construction of city walls around Hanyang and Wuchang to protect them. However, it wasn’t until the Song Dynasty (960-1279) that Hankou came to the fore, as it became one of China’s four major commercial cities.

Under the Treaty of Tientsin (Tianjin), Hankou was opened up to foreign trade in 1858 and, from 1861 to 1896, the Qing Dynasty (1644-1912) were forced to grant foreign concessions to Britain, France, Germany, Japan, and Russia. This meant that Hankou, Hanyang, and Wuchang found themselves under Western influence much earlier than most Chinese cities. In 1911, a revolt that broke out in the army barracks of Wuchang eventually escalated into the Xinhai Revolution, which resulted in the toppling of the Qing Dynasty and the end of imperial rule. In short, being made up of three different cities means that Wuhan has three times the history of most places in China! 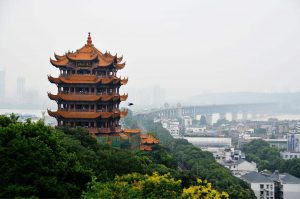 Although Wuhan boasts a plethora of temples, pavilions, and colonial mansions, the most historically significant building is undoubtedly the Yellow Crane Tower. It was originally built in 223 but it was unfortunately destroyed on numerous occasions and its current incarnation only dates back to 1981. While its initial purpose was as a watchtower, it progressively transformed from military post to picturesque paradise. During the Tang Dynasty (618-907), a poem written by Cui Hao entitled simply Yellow Crane Tower skyrocketed it to fame throughout China as a destination of unparalleled beauty.

While the Yellow Crane Tower remains an emblem of manmade majesty in the city, it is shimmering East Lake that embodies the natural splendour of Wuhan. Covering a colossal area of 33 square kilometres (13 sq. mi), it is the largest urban lake in China and is over 6 times the size of Hangzhou’s celebrated West Lake. It is surrounded by mountainous forests, with over 120 islands dotted across its expanse. In springtime, the East Lake Cherry Blossom Park is awash with delicate pink blossoms, while the nearby Wuhan Botanical Garden boasts more than 4,000 plant species and 16 specialty gardens. Nestled deep within the city, it gives new meaning to the term ‘urban jungle’!

On the lake’s banks, you’ll find the luxurious Villa of Chairman Mao Zedong. It was built as a leisurely summer retreat for the Chairman and other privileged members of the Communist Party, but was opened up as a tourist attraction in 1993 so that visitors could learn more about the private life of one of China’s most influential figures. A major highlight is the indoor swimming pool, which is 30 metres (98 ft.) long and six lanes wide. Though it might not be Olympic-sized, it’s larger than most competition-sized pools!

For those who are particularly interested in the region’s history, the Hubei Provincial Museum is packed full of over 200,000 priceless artefacts, some of which date back over 2,000 years ago. Its prized treasure is a set of bronze chime bells, which are 2,430 years old and collectively weigh 5,000 kilograms (5 tonnes). They rank as the heaviest musical instrument in the world, and visitors are treated to a performance on a reproduction of the bells every day.

If you fancy more modern pleasures, Jiqing Street is famed for its vibrant nightlife, with street performers setting up live shows and restaurants offering an authentic taste of Wuhan style cuisine. A local favourite is Hot Dry Noodles, a traditional breakfast dish consisting of freshly boiled noodles, sesame paste, pickled vegetables, soy sauce, chilli oil, and chopped spring onions. Different vendors serve up their own version of this tasty treat, proving that variety really is the spice of life!