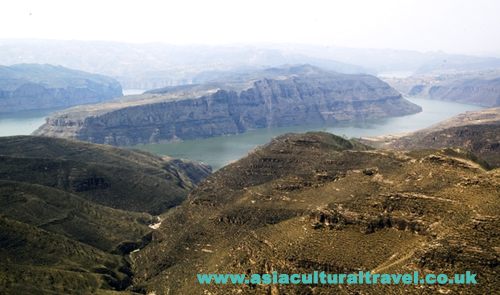 Shanxi Province, with the short abbreviation of Jin, is located in North China, not far from the capital Beijing. The Chinese meaning of Shanxi is “west of the mountains”, where “the mountains” means Mount Taihang.

The Yellow river forms its western border with Shaanxi Province. There are two tributaries of the Yellow river – Fen River and Qin River, run from north to south through the province. In the north of the province there are some tributaries of the Hai River. However, even though so many rivers in Shanxi, the field there is barren because most of the areas in Shanxi belong to the Loess Plateau. There is a large natural salt lake in the south of Shanxi, which made Shanxi people wealth in the history. 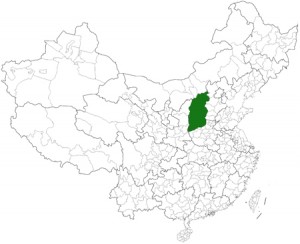 Shanxi is called “the museum of Chinese ancient architecture”.  It has more than 70% old buildings constructed during or before Song Dynasty (960-1279). Apart from this, there also have Yungang Grottoes, Mount Wutai that is one of the four Buddhist pilgrimage destinations. Mount Hengshan is one of the “Five Great Peaks” in China. The Ancient City of Pingyao is a well-preserved old town prosperous in Ming (1368-1644) and Qing (1644-1911) Dynasties.

Shanxi has various traditional cultures and arts. Paper cutting and dough modelling are the two most distinctive crafts.

Yaodong (loess cave house) is the very typical traditional residence in the Loess Plateau. There are still many villages in Shanxi Province formed by this kind of house caves.

Join a travel with us to explore more about Shanxi Province: Explore Chinese Culture through the Ages