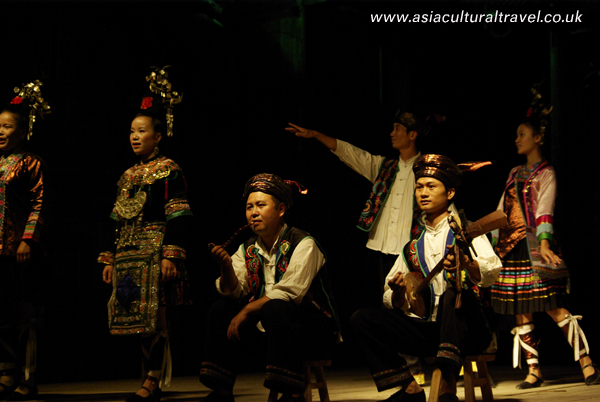 Dong people are renowned for their singing, particularly for the formation of what are known as Kam Grand Choirs, which are called Kgal Laox in their own language. Operas are also particularly popular among the Dong people.

Join a travel with us to enjoy the live Performance from Dong People: Explore the Culture of Ethnic Minorities in Guizhou