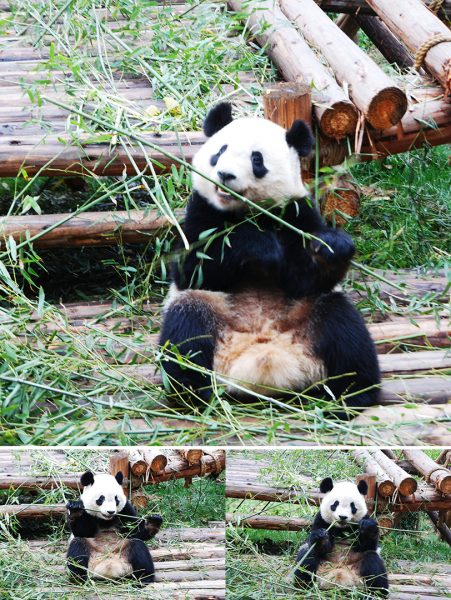 While the southwestern province of Sichuan may be celebrated for its spicy cuisine, renowned for its dynamic style of opera, and heralded as a region of unparalleled natural beauty, it is most well-known as the home of China’s cuddliest inhabitant: the giant panda. In order to protect these gentle giants, the country has taken great pains to establish a number of nature reserves and conservation centres, the most famous of which are located in the area surrounding Sichuan’s Qionglai and Jiajin Mountains. A selection of seven such nature reserves and nine scenic parks were collectively labelled a UNESCO World Heritage Site in 2006 under the title “Sichuan Giant Panda Sanctuaries”.

Altogether they cover a total area of 9,245 square kilometres (3,570 sq. mi), house over 30% of the world’s giant panda population, and represent the largest contiguous panda habitat in the world. Yet China’s beloved bear isn’t the only thing these reserves are protecting! The site acts as a refuge for a number of endangered species, including the red panda, the snow leopard, the clouded leopard, Thorold’s deer, and the Sichuan takin. Not only that but, outside of the tropical rainforests, it represents one of the botanically richest sites in the world, with over 5,000 species of plant populating its expanse. Many of these plant species play a vital role in traditional Chinese medicine and are critically endangered. 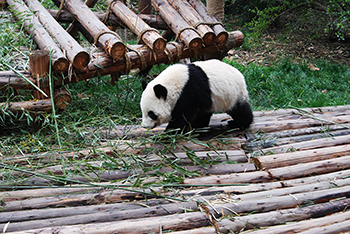 Wolong National Nature Reserve is undoubtedly the most popular and, in spite of suffering serious damage during a major earthquake in 2008, it still attracts over 100,000 visitors every year. The reserve itself was established as early as 1963 and is situated in the Qionglai Mountains region. Over 150 giant pandas call this reserve home, of which sixty-seven are captive and reside in the China Conservation and Research Centre.

Unfortunately, many environmentalists are concerned that the popularity of Wolong and the other nature reserves is actually proving to be detrimental to the conservation of the giant panda. Roads, hotels, restaurants, and shops have been built in the surrounding areas to cater to the sudden influx of tourists, and this has caused irreparable damage to the panda’s natural habitat. So, if you’re planning on visiting one of Sichuan’s magnificent nature reserves, be sure to travel responsibly and help preserve these precious gems for future generations.