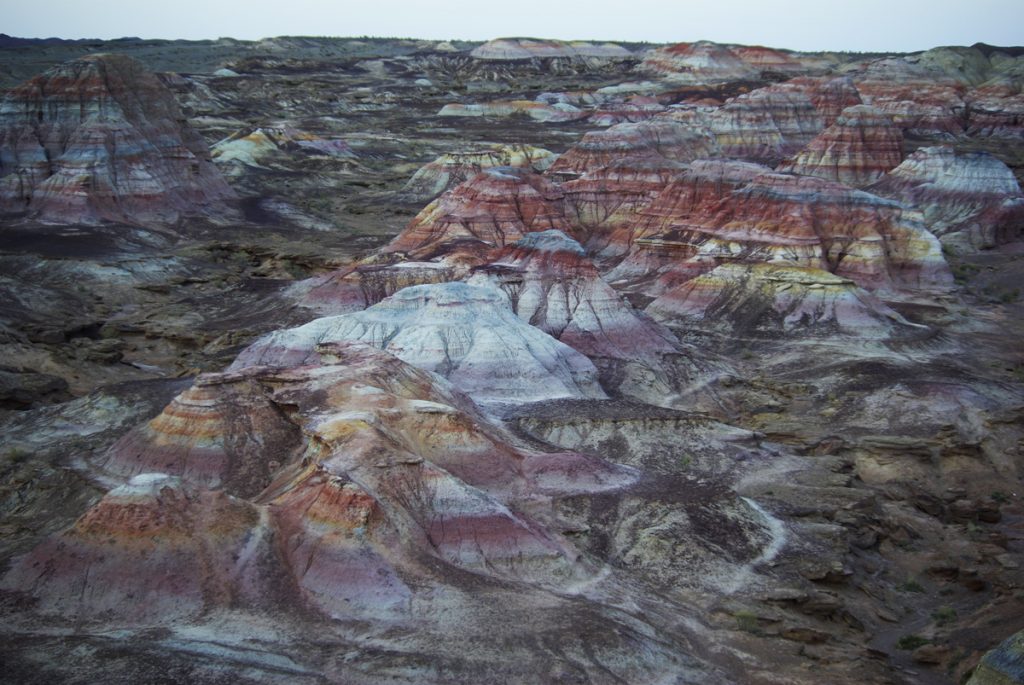 Ranking behind the expansive Taklamakan Desert, the Gurbantünggüt Desert is the second largest desert in China. It spreads over a colossal area of 50,000 square kilometres (19,000 sq. mi), making it nearly four times the size of Death Valley in the USA! Resting within the Dzungarian Basin in the northern reaches of Xinjiang, it is located to the east of the Manasi River and to the south of the Ulungur River. Throughout the barren sands are interspersed deep oases where over 100 different desert plant species flourish, including magnificent virgin forests made up of desert poplars and saxaul trees. These hardy plants are only provided with rainwater once per year, when the annual snow falls in winter and melts in spring. They add a touch of greenery to the hostile landscape and provide grazing for the wild Mongolian gazelles.

A chain of cities, the largest of which is Xinjiang’s capital of Ürümqi, forms a well-populated strip along the southern edge of the desert. These cities were once major trading hubs along the ancient Silk Road and were able to survive thanks to glacier-fed streams flowing down from the Tian Shan Mountains. At its northwestern edge, the desert is skirted by the Irtysh–Karamay–Ürümqi Canal, an ingenious system that is currently being constructed with the aim of transferring water from the Irtysh River to the arid regions of northern and central Xinjiang. The eastern branch of the canal runs directly across the centre of the desert until it finally reaches the Tian Shan Mountains. 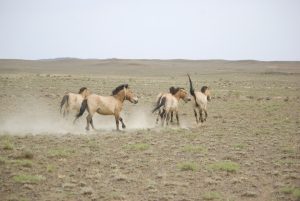 The western part of the desert was once dominated by salt lakes, although tragically many have disappeared due to the impact of human activities. While the Ailik Lake remains, the Manas Lake dried up long ago. Water is of paramount importance in this scorched desert, particularly when you consider that it is the remotest point of land from any sea or ocean on earth! At its centremost point, it is over 2,600 kilometres (1,600 mi) from the nearest coastline. To put that into perspective, that is nearly twice the length of the United Kingdom!

In spite of its location, the climate of the desert is markedly temperate compared to China’s other sandy behemoths, such as the inhospitable Taklamakan Desert. It is mainly made up of fixed and semi-fixed sand ridges but, unlike other deserts in the region, it does not boast any mega-dunes or dunes of notable height. Instead, it stretches out endlessly towards the horizon, the sands rippling and undulating like some great heaving beast in the sweltering sun.