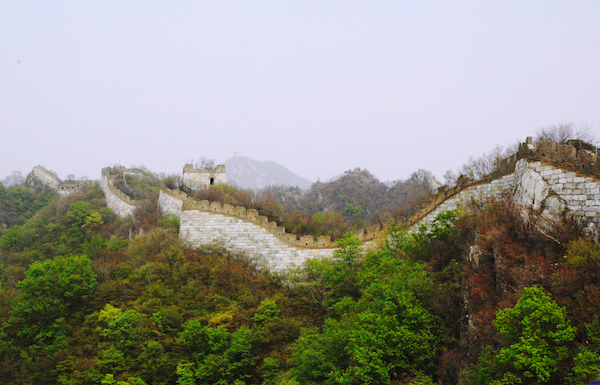 Towards the end of the Mongol-led Yuan Dynasty (1271-1368), ethnic discrimination against the Han Chinese, factionalism in the imperial court, over-taxation of the people, and large scale floods along the Yellow River prompted widespread discontent throughout China. Many viewed the numerous natural disasters that plagued the empire as a sign that the Yuan emperors had lost the Mandate of Heaven, or the divine right to rule. With the country’s agriculture in ruins and the economy on the brink of collapse, peasants soon resorted to rebellion.

Of these roving bandit groups, the most powerful were undoubtedly the Red Turbans, who were connected to a secret Buddhist society known as the White Lotus. In 1352, a pauper named Zhu Yuanzhang joined their ranks. After being orphaned at a young age, Zhu spent much of his early life as a beggar before joining a Buddhist monastery. Yet it seems the gods had other plans for him! In 1356, Zhu led rebel forces to capture the city of Nanjing and, in 1368, he marched his forces towards the Yuan capital of Dadu (modern-day Beijing).

With the leader of the Red Turbans recently deceased, Zhu’s power was virtually uncontested. Once he had conquered Dadu, he officially announced his intention to liberate the whole of China from the Mongolians’ grasp. He thereby established the Ming Dynasty (1368-1644) and took the regal name of the Hongwu or “Vastly Martial” Emperor. Meanwhile, the Yuan remnants fled back to Mongolia and established the Northern Yuan Dynasty (1368–1635). By the end of Zhu’s 30-year reign in 1398, the Ming Empire stretched across the entirety of modern China proper. Although fortune appeared to favour the Hongwu Emperor, his dynasty was to be the last in China ruled by the Han Chinese.

At the start of his reign, the emperor worked tirelessly to improve his empire’s military strength, rid the imperial court of corruption, and educate his chosen heir in the art of governance. To this end, he created self-sufficient rural communities of soldiers who were able to support themselves during peacetime, thus minimising the costs of a standing army. He also famously diminished the power of the court eunuchs, who he believed to be responsible for much of the corruption in the imperial government. While many of his ventures succeeded, arguably the most important, that which regarded his successor, failed spectacularly. 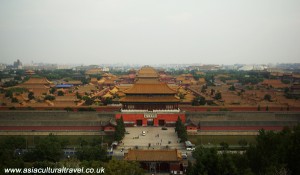 The Jianwen Emperor, Hongwu’s grandson, ruled for just four short years before being overthrown by his uncle, the Yongle Emperor, in 1402. This marked a turning point in the Ming Dynasty, as the Yongle Emperor reversed many of his father’s political reforms, moved the imperial capital from Nanjing to Beijing, restored the Grand Canal to its former glory, and began construction on a new imperial palace that would eventually be known as the Forbidden City. He even allowed eunuchs into positions of significant political influence, such as Zheng He, who led seven costly voyages of exploration as far as the eastern coasts of Africa.

While the Yongle Emperor’s reign ushered in an era of peace, it was not to last. In 1449, the reigning Zhengtong Emperor was captured by the Oirat people in a situation that came to be known as the Tumu Crisis. Although he was eventually freed and restored to power, the increasing threat of invasion from the Oirats led to the restoration and fortification of the Great Wall. Large sections of the Great Wall as we see them today are the result of these efforts. Yet this colossal defence simply wasn’t enough to save the Ming Empire.

At the beginning of the 17th century, a climactic phenomenon known as the Little Ice Age caused widespread crop failure and floods, while an infectious plague tore through the population in 1642. New trade reforms in Japan and Spain cut off the supply of silver to China, which was at that time necessary for farmers to pay their taxes. Much like the Yuan Dynasty, the combined effect of famine, disease, and the burden of taxation led to large scale rebellions. With the empire severely weakened, the northern Manchu people saw their opportunity and began marching their troops towards the Great Wall.

In a desperate attempt to stave off invasion, the imperial court sent a renowned military general named Wu Sangui to engage with the Manchu army. Unfortunately, while Wu Sangui was traveling to the Great Wall, a rebel leader named Li Zicheng took control of the imperial capital in 1644, and, as a result, the last Ming emperor tragically hung himself on a tree outside of the Forbidden City. Surrounded by enemies on all sides, Wu Sangui was faced with a devastating dilemma. In the end, he made the controversial choice to ally himself with the Manchu people.

When he opened the gates of the Great Wall and allowed them to enter, the Manchu conquered Beijing from Li Zicheng and the Shunzhi Emperor of the Qing Dynasty (1644-1912) formally took control of China. However, Ming remnants continued to hold large parts of China long after 1644. It wasn’t until 1683 that the Qing Dynasty was finally able to eliminate the last stronghold of Ming loyalism, which was in Taiwan.

Along with the Forbidden City and the Great Wall, the Ming Dynasty left behind an illustrious legacy as a period characterised by social stability and prominent international stature. The expansion of European trade during the 16th century led to the introduction of new crops and products in China, including the chilli peppers that would become integral to Sichuan-style cuisine. Ming-style porcelain became a hot commodity in Europe, with the famous blue-and-white porcelain enjoying the highest esteem. At its height, the Ming Empire was so powerful that it received tribute from as far away as Japan, Java, Sumatra, Sri Lanka, South India, and the East African coast. As the penultimate dynasty before the abolishment of imperial rule, the Ming exerted considerable influence over the China we see today.