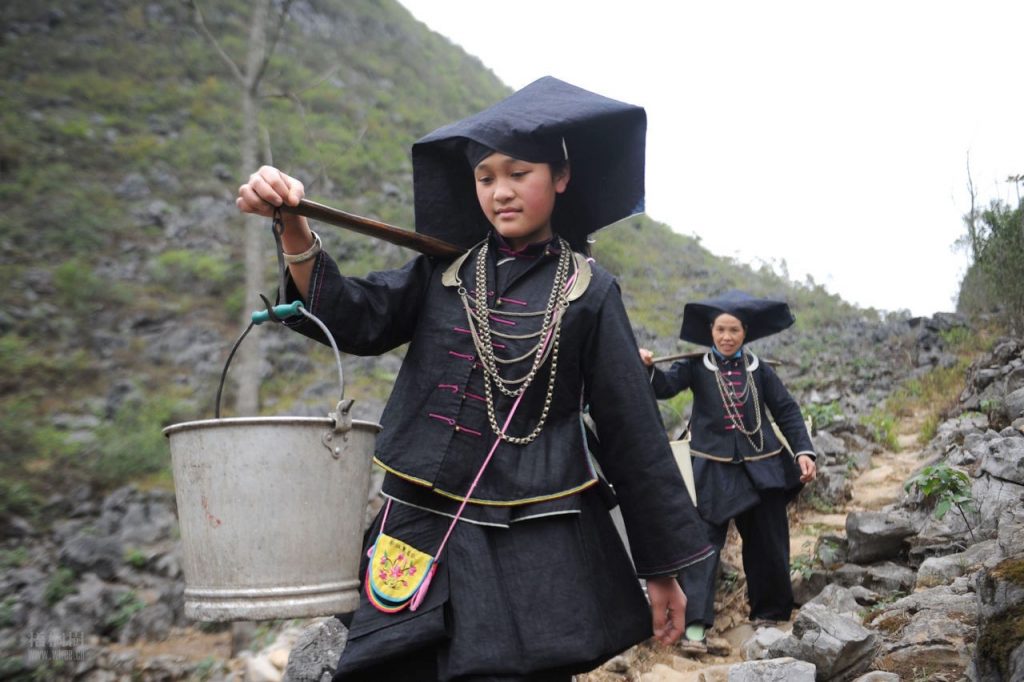 The Zhuang women have become particularly self-sufficient when it comes to making their own clothes. They grow and harvest cotton, which they then spin into thread and weave into cloth. They dye the cloth using locally sourced plants or vegetables and embroider it with great skill. At this rate, they could practically start their own clothing range!

Since the Zhuang population is so widespread and diverse, their traditional dress varies greatly from region to region but tends to be characterised by the use of muted colours such as black, blue and brown. Throughout Guangxi the men typically wear a collarless jacket that either buttons up the centre or the right side. They wear loose trousers that are sometimes embroidered at the hem and occasionally will don a round cap or formal hat.

The women in northwest Guangxi tend to wear collarless, embroidered jackets that button along the left side with either wide trousers or pleated skirts. Married women will wear embroidered belts or will have a band embroidered around their jacket. In southwest Guangxi the women also wear collarless jackets that button up the left side but prefer to wear black square headbands and loose trousers. Most women will complement their outfits with silver jewellery and some wear a variety of beautiful turbans or headscarves on festival occasions. These vibrant headscarves can be so large that they practically dwarf the wearer and look like colourful fans atop the women’s heads.