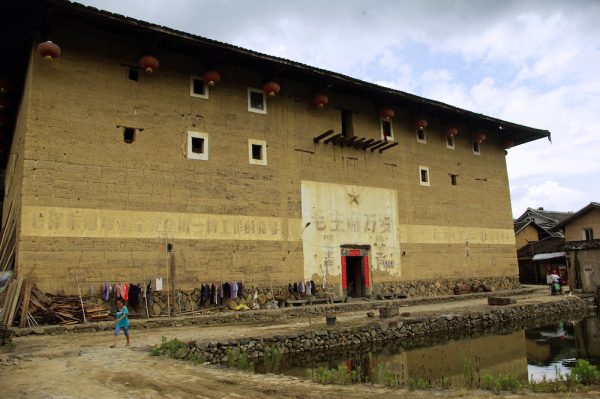 Fujian Province, located in the Southeast of China, is one of the richest provinces in China, even though nearly 90% of the land is mountainous. Since it is a mountainous region, most of the fields in Fujian are not fit for farming, but this subtropical province is suitable for growing tea and fruits. The flourishing tea trade contributes a lot to the wealth of the residents of Fujian.

Fujian has a long coast, which in recent years has proved economically advantageous but in the past it meant that the province was frequently invaded by pirates. Fujian and Taiwan have longstanding ties since Fujian’s coast is directly opposite Taiwan and the Taiwan Straits. The Hoklo people that live in southern Fujian speak the same dialect as Taiwanese people. Nowadays, Fujian and Taiwan have many corporate alliances and trading between them has increased.

Historically, Fujian’s coastal position also brought on several periods of prosperity thanks to their seafaring prowess and their many ports for trading goods. However, when the Ming imperial court issued a ban on maritime trade that would last for 200 years, from the14th century right through to the 16th century,, Fujian suffered an almost complete economic collapse. Living in a mountainous region, the people of Fujian were not able to stave off the impending poverty through farming alone. So a large number of Fujian people were forced to migrate to other countries. 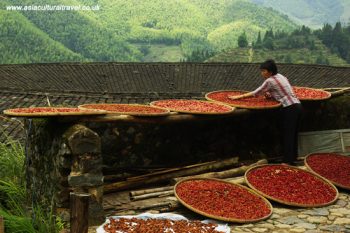 The history of Fujian is full of such immigrations and emigrations. Fujian people are regarded as some of the bravest people in China, as they are never afraid to venture outside of their homeland and fight for a new life wherever they end up. At the end of the 19th century, the hinterlands of Fujian experienced a sudden wave of emigrations. To avoid the impending poverty, more than a million people from Fujian immigrated to Southeast Asia, where their chances for survival were better. Nowadays there are many people in Malaysia, Indonesia and Singapore that can trace their lineage back to these Fujian immigrants. The custom of emigration seems to still be a common trend in Fujian. Nowadays, the people of Fujian still frequently try to migrate to other countries. Instead of immigrating to Southeast Asia, the vast majority of them now choose to go to Japan, America and Europe.

Although the people of Fujian have a habit of immigrating to other countries, out of all of the provinces in China, Fujian has maintained its traditional Han cultural heritage much better than the others. meanwhile other cultures from East Asia and even the West World also integrate with Han culture very well.

Thanks to its location, Fujian has a subtropical climate, which means that it is often sunny, warm and it frequently rains there. This means it is also a wonderland of tropical fruits including oranges, pomelos, loquats, pineapples, lychees, longans (dragon’s eyes) and bananas.

One Reply to “Fujian Province”