There is an old saying in Shanxi province which states: “China has the best flour-based foods in the world, and Shanxi province has the best flour-based foods in China”. For over 2,000 years, the people of Shanxi have used their skill and imagination to develop more than 1,000 different kinds of flour-based dishes, so you’re bound to find something that suits your fancy! While noodles are regarded simply as a staple food in other parts of China, in Shanxi province they are the star attraction. The noodles can be pulled, torn, cut, rolled, or shaved to form a variety of shapes and sizes, which are in turn boiled, stir-fried, or quick-fried with a myriad of toppings and other ingredients. The signature dishes of Shanxi cuisine are characterised by their saltiness, with a touch of sourness endowed by the locally produced vinegar.

This special type of vinegar, known as Shanxi aged vinegar or Shanxi mature vinegar, is so integral to the local culture that there is even a Shanxi Vinegar Culture Museum located in Qingxu County! Although pork and chicken are used prolifically, lamb remains the most popular meat in the region and serves as a reminder of the strong cultural connections that the province has with the nomadic cultures of northwest Asia. For example, the most common dumpling filling in Shanxi is lamb mince with carrots, which you’ll struggle to find outside of the province. The signature dishes of Shanxi cuisine may not feature on any gourmet menus, but their traditional cooking methods and authentic flavours are sure to leave you in noodle heaven.

The act of making Knife-Cut Noodles is as much a feast for the eyes as it is for the stomach! The noodles are produced by mounting a giant block of dough either on a washboard or simply hoisted over the noodle-cutter’s shoulder. Skilled noodle-cutter’s will use a special knife to deftly shave beautifully tapered noodles straight off the block of dough and into a pot of boiling water. It takes years to master the art, and an experienced chef can supposedly shave off noodles at a rate of 200 per minute! This has given rise to the local saying: “One noodle in the boiling water, one flying in the air, and one just being cut”. Another variation, known as Scissor Cut Noodles (剪刀面), involves using a giant pair of scissors to cut the dough instead.

The noodles are typically served in a mild meat-based broth that has been seasoned with a dash of Shanxi aged vinegar. They are then topped with a plethora of tantalisingly fresh ingredients, including cucumber, leek, mung bean sprouts, soybean sprouts, pickled green beans, cubed tofu, and pork slices. In some restaurants, the noodles may be served with a thick sauce that resembles a ragout. In a province known for its excellent noodles, these are the most popular, so use your noodle and try a bowl!

If you want to try something oat-tilly different, Kaolaolao might be just the noodle for you! Unlike other popular types of noodle in Shanxi province, the dough used in Kaolaolao is made from oat flour instead of wheat flour. The dough is kneaded and moulded into tubular-shaped noodles, which are long, wafer thin, and slightly light yellow in colour. Their unusual name is derived from their circular shape, as a “kaolao” is a traditional type of bucket used by farmers and made from bamboo sticks or willow twigs. Speaking of buckets, sampling these delectable noodles is definitely something you want to cross off your bucket list! 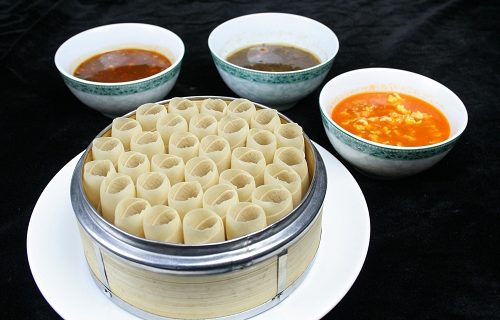 The noodles are placed side-by-side in a steamer and, from above, they resemble a neat little honeycomb. Once they are thoroughly steamed, they are served with one or more dipping sauces. Rich tomato and garlic sauce, fabulously tart Shanxi aged vinegar based sauce, or spicy chilli sauce all form a perfect accompaniment to these delicate noodles. Some restaurants offer an alternative variety known as Ganbian or “Dry-Fried” Kaolaolao, where the noodles are quickly dry-fried with a mixture of garlic, onion, and fiery chillies. 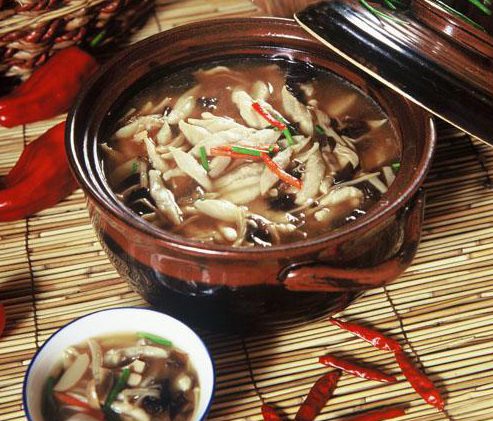 Much like Cat’s Ear Noodles, Sorghum Fish are named for their shape rather than their content. The short, fat noodles are thought to resemble a school of plump fish, and are made using sorghum flour. It’s really that simple! This dish is particularly popular in the region surrounding the city of Xinzhou, where sorghum is a major crop. The sorghum dough is cut and rolled by hand into its distinctive shape before being steamed. Once the noodles are cooked through, they are usually served with a simple sauce made from Shanxi mature vinegar, although they are sometimes stir-fried with lamb and a smattering of fresh vegetables. Even in a landlocked province, you can still make fish the dish of the day!

Don’t worry; no cats were harmed in the making of these noodles! Cat’s Ear Noodles are named for their distinctive shape, which supposedly resembles tiny cat’s ears. According to local legend, one day the Qianlong Emperor of the Qing Dynasty (1644-1912) dressed himself in ordinary clothes and hired a boatman from Shanxi province to take him to West Lake in Hangzhou. They suddenly became caught in a violent storm and the rains were so heavy that they had to stop their journey. After some time, the weather did not improve, and the Emperor was racked by a painful hunger. 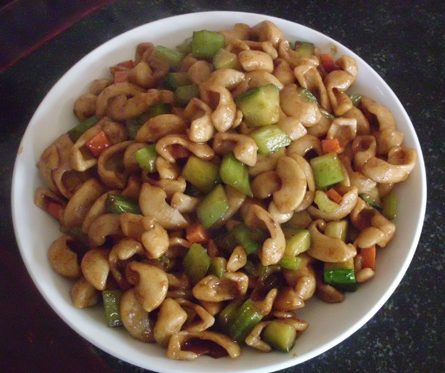 He asked the old boatman for some food, and the boatman replied: “All I have is some flour, but I don’t have a rolling pin to make noodles for you”. The boatman’s daughter looked down at the little kitten in her arms and swiftly thought of an idea. She began making the noodles by hand and used her fingers to create small indents in each noodle. Once they were finished, the old boatman cooked them and served them to the Emperor with a simple sauce. The Emperor was overwhelmed by how tasty the noodles were and, when he asked the boatman’s daughter what she wished to call the dish, she decided on “Cat’s Ear Noodles”. When the Emperor returned to his palace, he hired her to be his chef and, from that day onwards, her family wanted for nothing. What a purr-fect ending!

To this day, traditional Cat’s Ear Noodles are made by hand and their characteristic shape is produced by the chef pressing their thumb into the dough until it naturally rolls up. Much like Knife-Cut Noodles, they can be served with a wide variety of soups or sauces, although they reputedly taste best when sautéed with cabbage, soy sauce, and Shanxi aged vinegar. After all, as the old saying goes, less is more!