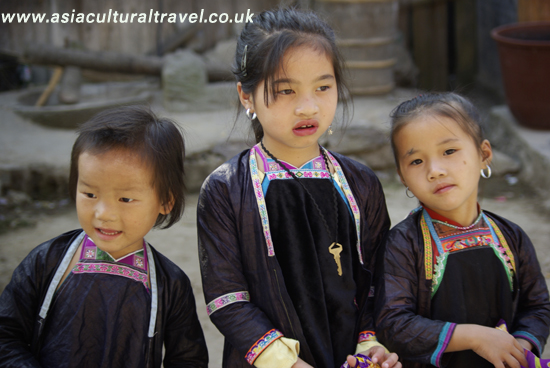 Guizhou is the perfect place to avoid the tourist crowds and enjoy your own little slice of rural China. With its temperate climate, beautiful scenic spots and variety of ethnic groups, Guizhou is one of the most culturally and environmentally diverse provinces in China. It is a mountainous province and is home to several species of animal, like the Kuankuoshui salamander, that are found nowhere else in the world. Although it is currently one of the poorer provinces in the country, its tourism industry is gradually growing and beginning to flourish.

Guizhou can be abbreviated to simply “Qian” . The word “gui” in Chinese means “precious” so the name “Guizhou” literally means “precious prefecture”. It was so-called for its valuable natural resources, including an abundance of precious minerals such as coal, mercury and gold. Guizhou province is in southwest China and shares its borders with Sichuan, Yunnan, Guangxi, and Hunan. Guiyang is its provincial capital but other major cities in Guizhou include Anshun, Kaili, and Zunyi.

It’s a predominantly mountainous province, although the eastern and southern regions are relatively flat and the western region forms part of the stunning Yunnan-Guizhou Plateau, which is famed for its biodiversity. The climate in Guizhou is subtropical and humid, meaning it benefits from mild winters and comfortable summers, although the province is frequently plagued by heavy monsoons. The average temperature is roughly 10 to 20 °C, with lows of around 1 °C in January and highs of around 28 °C in July. 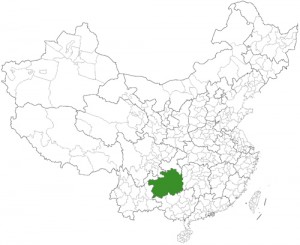 Guizhou is second only to Yunnan Province in terms of its ethnic diversity and is home to 48 of the Chinese ethnic minority groups, including Miao, Yao, Dong, Bouyei, Tujia, and Gelao people. These ethnic minorities make up over 37% of the population in Guizhou and 55% of the province has been designated as an autonomous region for these ethnic minorities. The Miao village of Basha is home to the only community in China that is still allowed to own guns. The Bouyei villages are renowned for their stone houses, which are intricately arranged and use no other materials or cement to hold them together. The Dong villages boast the stunning Wind-Rain Bridges and Drum Towers that have become synonymous with their culture.

In short, each village in Guizhou has its own history, culture and customs that is unique to its resident ethnic minority. If you travel during the special festival times in Guizhou, you’ll also be treated to local performances and special local foods. On top of all these culturally enriched attractions, Guizhou is also full of beautiful, natural scenic spots, like the Huangguoshu Waterfall and the Dragon Palace Cave. If you’re feeling brave, you may even want to try the locally produced Maotai liquor, China’s most famous national liquor. If you want to know more about China’s myriad of ethnic minorities and experience their culture first-hand, then Guizhou is the perfect place for you.

One Reply to “Guizhou Province”