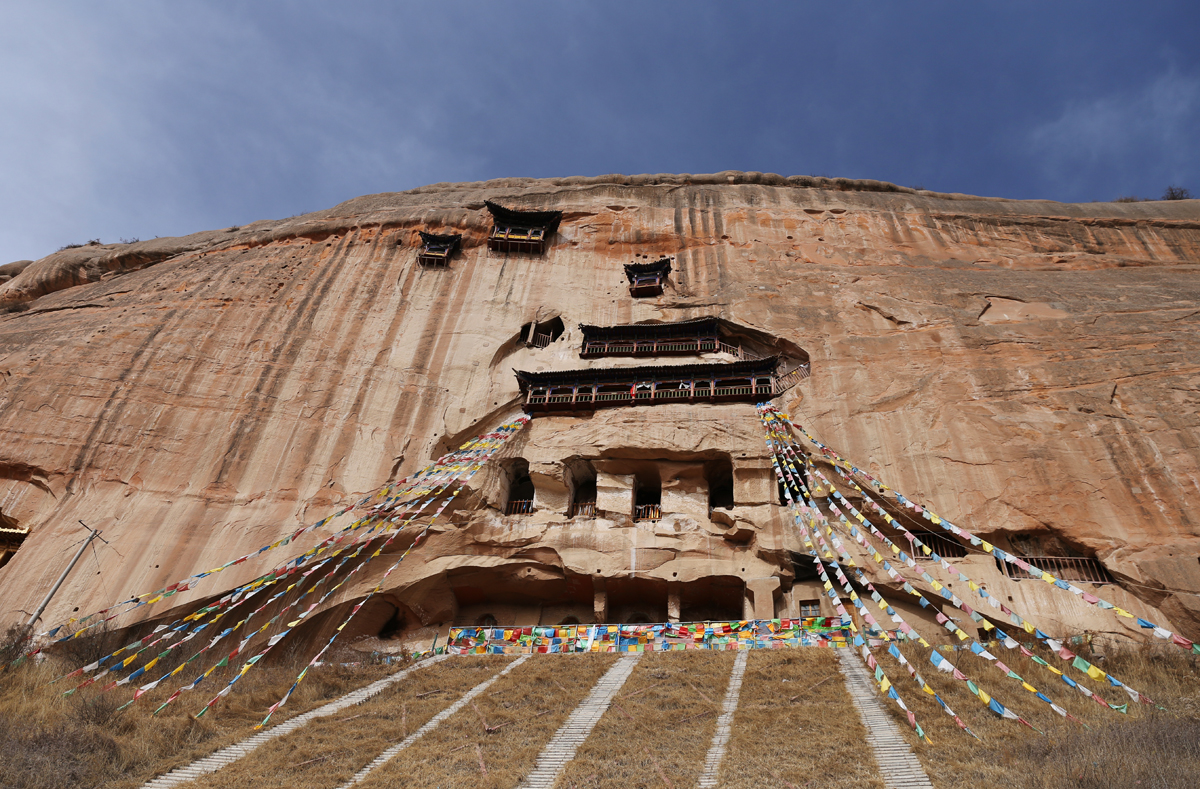 The name “Mati” literally means “Horse’s Hoof” and the temple was so-named because it houses the hoof-prints of a celestial horse. According to legend, as this horse descended from heaven to the mortal world, it landed on a rock with such force that it imprinted its hoof-prints onto it. This mythical rock has been preserved to this day and can still be found within the sacred Mati Hall. The actual name of the complex is Puguang Temple, as it was renamed during the Ming Dynasty (1368-1644), but the fabled hoof-prints are so integral to its reputation that most people still refer to it by its equine-inspired name. After all, when it comes to sacred animals, you better not horse around!

It was first built during the Northern Liang Dynasty (397-460) and was originally designed as a quiet place for study and meditation, but its illustrious reputation soon resulted in flocks of monks descending on the site. In its heyday, it’s rumoured that hundreds of monks lived at the temple. It was so popular that grottoes continued to be constructed and renovated right up until the Qing Dynasty (1644-1912). Some of them are up to 10 kilometres (6 mi) apart so, if you decide to make a visit, be prepared for lots of walking! 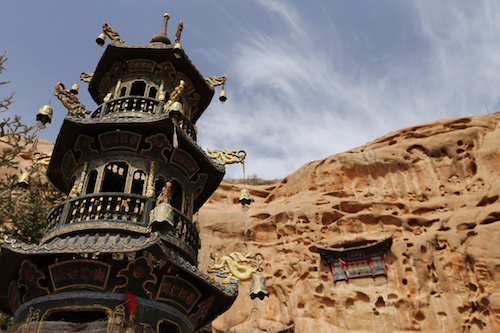 The 70 caves that make up the complex were hand-carved into the cliff-face of Linsong Mountain, about 65 kilometres (40 mi) north of Zhangye, and can be separated into 7 grotto groups: Mati Temple, Shenguo Temple, Qianfo or “Thousand Buddha” Caves, Jinta or “Golden Tower” Temple, Upper Guanyin Cave, Middle Guanyin Cave, and Lower Guanyin Cave.

The main Mati Temple, sometimes referred to as the “Thirty-Three Layers of the Heavens”, is the most striking looking, as it features 21 grottoes arranged in 7 levels that were made to resemble the shape of a pagoda. The Bodhisattva Tara is enshrined inside this temple for visitors to worship. Stairwells, hidden passageways, and balconies lead to the many grottoes that were hand-carved from the cliff-face by diligent monks, providing stunning views from both the ground and the dizzying heights of the upper caves. Of these grottoes, the Hidden Buddha Grotto is the largest one of its kind in existence in China!

Unlike the other sections of the temple, it is important to note that the Jinta Temple is separate from the main temple complex and is actually about 15 kilometres (9 mi) away from Mati Temple. While this section of the temple is quite small, it is known for its statue of an Apsara, a female spirit associated with clouds and water in Buddhist mythology. It is also embedded on the cliff-face over 60 metres (196 ft.) above ground. To put that into perspective, it is so high off the ground that you could fit the White House under it three times over! Alongside the statue of the Apsara, the temple boasts over two dozen statues of various deity figures such as Buddhas and bodhisattvas. 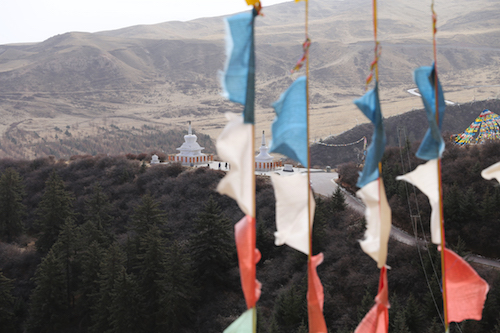 With the snow-capped Qilian Mountains behind and the jade-hued grasslands stretching out in front, the scenery surrounding the Mati Temple is unparalleled in its natural beauty. It rests just outside of a small village that is also conveniently named Mati. It seems those hoof-prints really made their mark after all! Since the village is populated primarily by members of the Yugur ethnic minority, visitors to the area are also welcome to indulge in a few Yugur customs. From enjoying a cup of pure chang, a locally brewed wine made from barley, to sampling sumptuous chunks of traditional stewed lamb, you won’t want to miss out on a chance to connect with these gentle, nomadic people. If you want to extend your stay, you can even spend a few days in one of their yurts and take part in a few horse rides. Just don’t walk behind the horses, or you may end up with a sacred hoof-print on your head!

[2] The Yugur People: Also known as Yellow Uyghurs, they are one of China’s 56 recognised ethnic groups and live almost exclusively in the Sunan Yugur Autonomous County of Gansu province. They are a nomadic Turkic-speaking people who primarily follow Tibetan Buddhism and are renowned for their beautiful folk songs.

Watch the video about Mati Temple:

Mati Temple is one of the many wonderful stops on our travel: Explore the Silk Road in China.