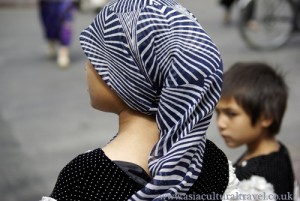 The Xinjiang Uyghur Autonomous Region is located in the northwest of China. There are a number of ethnic groups living there, including the Uyghur, Han, Kazakh, Tajik, Hui, Kyrgyz and Mongolian people. Most of these ethnic groups are Muslim.

This mixture of ethnicities has led to several of the cultures blending together or adopting features from one another. If you are not familiar with these ethnic groups, it is not easy to spot the differences between them, particularly in terms of their traditional dress and the architecture of their buildings. Yet each ethic group does have its own distinctive features and locals can distinguish members of their own ethnic group from others very easily.

Xinjiang is also one of the most beautiful places in China and boasts a variety of different terrains. There you can find barren tracts of land and parts of the Gobi desert but you will also come across stunning prairies and crystal clear lakes. 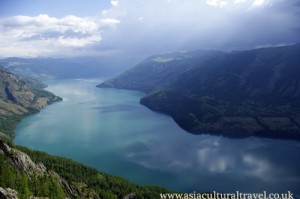 To be completely frank, Xinjiang is not considered a very safe place, particularly for foreign tourists. There are many travel packages there that are provided by various travel agents but these are very sheltered tours and rarely bring up the issue of safety in Xinjiang. However, if you want to witness real multiculturalism in China first-hand, along with some beautiful natural scenery, then you will have to take a bit of a risk. We suggest that you employ a private guide when traveling in Xinjiang unless you can speak the Uyghur language fluently (most Uyghur people will not speak English and very few of them will speak fluent Mandarin).