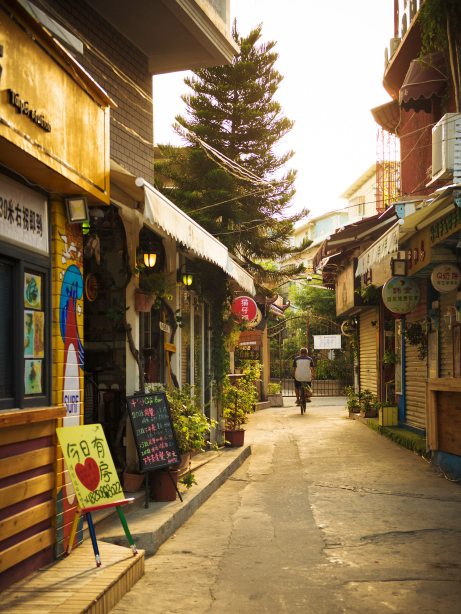 Throughout the Song (960-1279), Yuan (1271-1368), and Ming (1368-1644) dynasties, the Maritime Silk Road largely overtook its grounded cousin and this led to numerous foreign traders landing, settling and influencing the seaport cities along China’s southeast coast. From 1850 through to 1900, after the First Opium War, many western traders settled on the island of Gulangyu near Xiamen City, further adding to this foreign influence. In the small fishing village of Zengcuo An, just southwest of Xiamen, the effect of this can be felt most palpably in its architecture. From austere churches to colonial mansions, it’s a melting pot of cultures, religions, and styles.

The ancestors of the Zeng family were fishermen who settled here long ago, bringing with them their unique lifestyle. Their religious beliefs primarily revolved around ancestor worship and worship of the goddess Mazu, who was the patron deity of seafarers. This is evidenced by the many temples to Mazu that can be found dotted throughout the village.

As the port of Xiamen grew and people from across the world flocked to the city, practisers of Buddhism, Taoism, Christianity, Islam, and numerous other religions settled in Zengcuo An. Nowadays the village’s small, winding roads are all that remain of its humble past and are flanked by magnificent colonial buildings, religious monoliths, and extraordinary works of art.

In 1998, a Chinese artist named Chen Wenling was attracted to the slow pace of life in the village and decided to settle there. This represented a major turning point for Zengcuo An, as several other artists followed suit. By 2003, over 20 sculpture studios had been opened and a plethora of professionals, from filmmakers to musicians, had taken up residence in this tiny village. Nowadays many of these artists have moved on, but the fantastic sculptures, paintings, and murals they left in their wake attest to their presence. 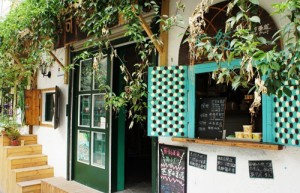 In 2001, waves of students from Xiamen University began renting student apartments in the village as it was far cheaper than living in the city itself. These students became so enamoured with this picturesque paradise that many of them decided to stay and open up their own shops. This helped to put Zengcuo An on the map, since many of these students could speak English and welcomed foreign tourists to enjoy this place so close to their own hearts.

From a simple walk along the seaside to a day spent sunbathing on the soft, sandy beaches; from a taste of sweet local fruit to a banquet of Min-nan style delicacies; Zengcuo An is full of so many simple delights that you too may not want to leave!

Zengcuo An is one of the many wonderful stops on our travel: Explore the distinctive Tulou(Earthen Structure)