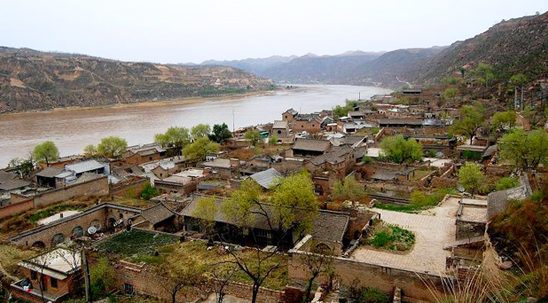 Nestled on the banks of the Yellow River to the east of the majestic Wohu Mountains, the village of Qikou was once one of the most prosperous settlements in Shanxi province. The name “Qikou”, which roughly translates to mean “moraine” or “a rock in shallow water”, may seem relatively uninspiring, but it is actually derived from the significance of the location that Qikou occupied along the Yellow River. It is at this point that the riverbed suddenly narrows from about 500 metres (1,640 ft.) to just 80 metres (262 ft.) in width, which forces the river into a tight channel and causes it to deposit a large amount of sediment on the riverbed. This in turn means this section of the river is impassable by boat.

Historically, the Yellow River represented a vital waterway via which goods were transported between northern and southern China. In order to keep this transportation system running smoothly, Qikou became a major trading port where merchants would dock their ships and have their wares transported the rest of the way over land by camel or horse-drawn caravans. It rose to prominence during the Ming (1368-1644) and Qing (1644-1912) dynasties, where it was widely recognised as one of the most important ports along the Yellow River. In its heyday, hundreds of boats berthed at its docks, over 200 hotels and 380 shops catered to its many visitors, and more than two thousand dockworkers laboured tirelessly in its myriad of warehouses. It remained a bustling trade hub until the 1940s, when water and caravan transport was gradually superseded by rail. 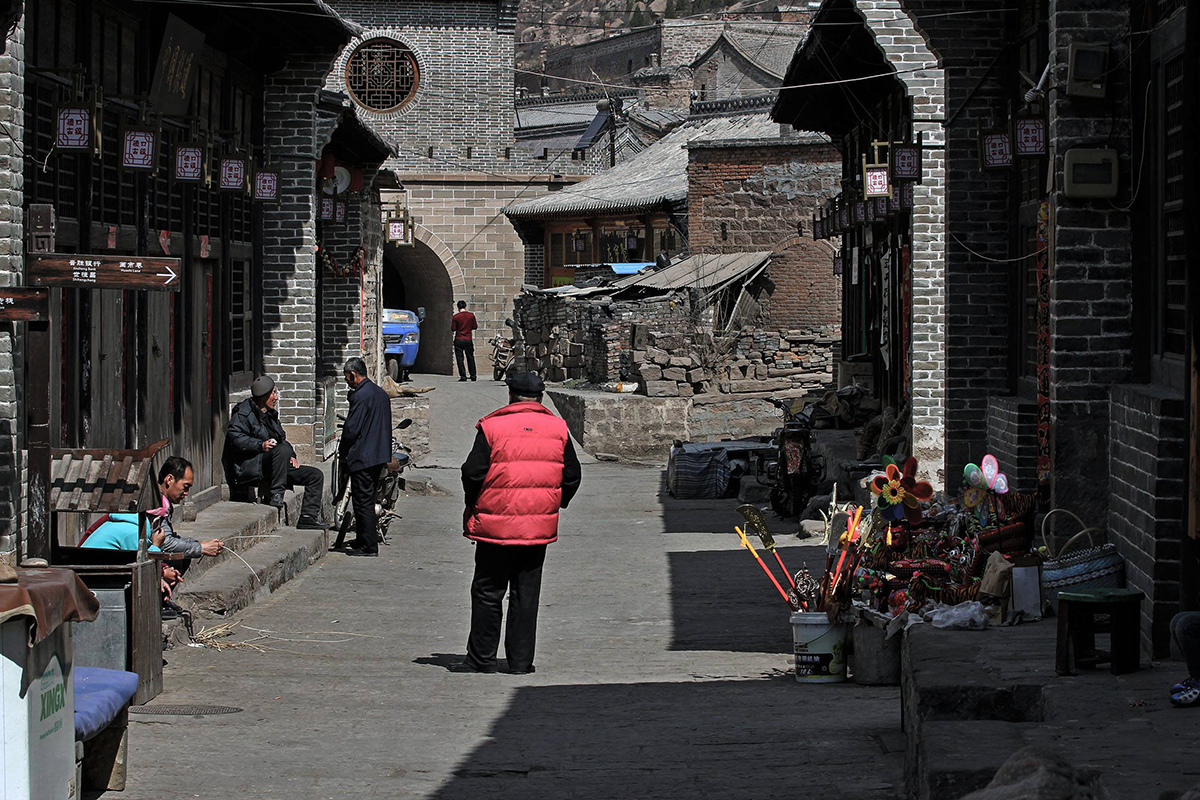 Although it may no longer be the glorious trade port it once was, Qikou is still a picturesque ancient town with many historic buildings that have been beautifully preserved. In order to protect them from flooding, many of these houses, known as “yaodongs” or “loess cave houses,” have been physically carved into the steep hillside along the banks of the Yellow River. Looming over these houses on a raised platform, the Black Dragon Temple is the ideal place to enjoy a panoramic view of town. The temple is dedicated primarily to two separate deities: the legendary Black Dragon; and Guan Yu, a military general from the Three Kingdoms Period (220-280) who was eventually deified.

Located about 10 kilometres (6 mi) south of Qikou, the small village of Lijiashan is renowned for its myriad of over 400 yaodongs carved into the cliff-face of Lijia Mountain. When Qikou began to flourish as a port town, many wealthy merchants living in the town decided, for the sake of safety, to build secret homes for their families deep within the mountains. Lijiashan was one of the settlements established for these merchant families, which is why the cave dwellings of Lijiashan are particularly lavish and elegantly decorated. After all, a man’s home is his castle!