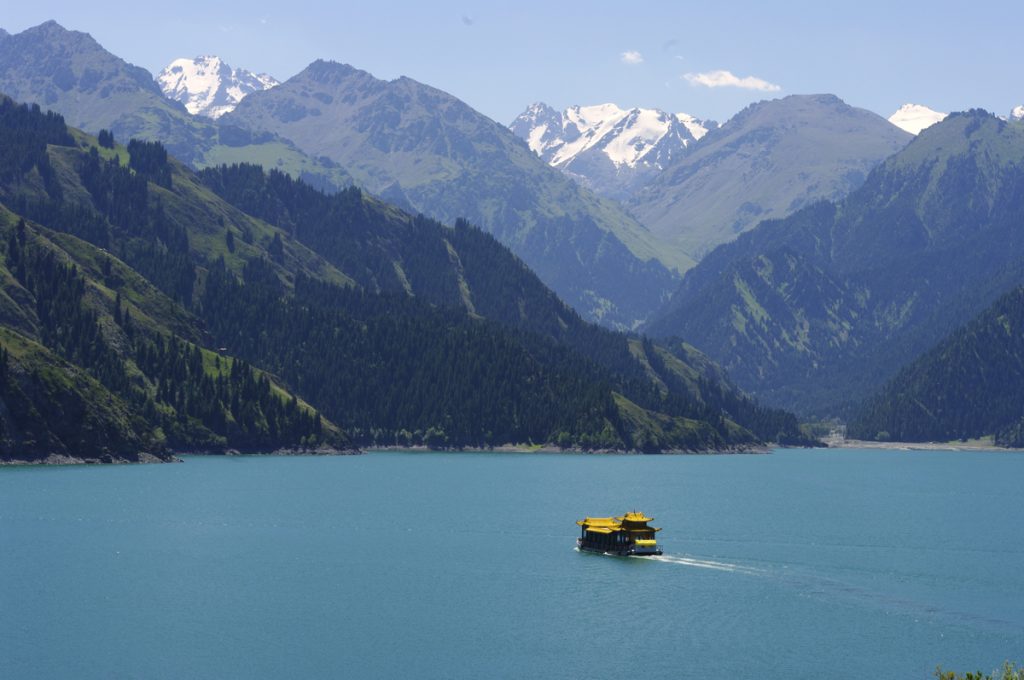 In Chinese, “Tian Shan” literally translates to mean “Heavenly Mountain” or “Mountain of Heaven”. With its glittering snow-capped peaks, sparkling lakes, and emerald-hued forests, this mountain range certainly lives up to its name! Stretching for over 2,500 kilometres (1,500 mi) across Central Asia, it crosses the countries of China, Kazakhstan, Kyrgyzstan, and Uzbekistan. Its diverse landscape, rich biodiversity, and cultural significance meant it was inscribed by UNESCO as a World Heritage Site in 2013.

According to the folk religion of Tengrism, the mountain range is a profoundly sacred place and its second highest peak, the 7,010-metre (23,000 ft.) high Khan Tengri, literally means “King of the Heavens”. Its highest point, known as Jengish Chokusu or “Victory Peak”, towers in at a height of 7,439 metres (24,406 ft.), meaning it is just 1,406 metres (4,613 ft.) shy of Mount Everest and the 60th tallest mountain the world. Together they are classed as the two most northerly peaks over 7,000 metres (23,000 ft.) in the world. It might not be the greatest claim to fame, but they will forever be the Kings in the North! 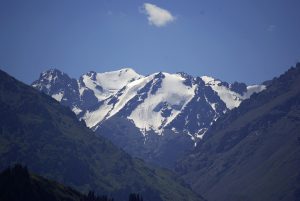 Since the mountain range is one of the longest in Central Asia, it is often separated into a number of smaller ranges for the purpose of ease, including the Barkol Mountains near the city of Hami and the Borohoro Mountains just south of Ürümqi. Within China, it is bounded by the Dzungarian Basin to the north and the Tarim Basin to the south, meaning it forms a natural dividing line within the region of Xinjiang. The mountain range is home to one of Xinjiang’s most popular and celebrated attractions: Tianchi or Heavenly Lake. Resting within a valley on the northern slope of Bogda Peak, this alpine lake is formed from melted snow trickling down from the icy tips of the mountains. Its crystal clear waters reflect the snow-capped peaks above it and the emerald-hued spruces that surround it, creating a breath-taking tableau.

The mountain range’s ethereal beauty is reflected in the many legends about it, as it is rumoured to be the home of the peach tree of immortality, which is fiercely guarded by the Chinese folk deity Xiwangmu or “Queen Mother of the West”. Magical peaches may be the stuff of myth, but the lower slopes are blanked in ancient forests formed of wild walnut, pistachio, apricot, and apple trees. While you may not discover the secret to everlasting life, a trip to the Tian Shan Mountains is sure to be fruitful!

Depending on the altitude, the forests alternate between hardy steppes and lush meadows, with dense clutches of maple trees, junipers, aspens, birches, poplars, and numerous other species. Mixed grasses and wildflowers blanket the alpine meadows on the northern slopes, while the southern slopes are characterised by much sparser vegetation. Wolves, bears, wild boars, foxes, ermines, badgers, mountain goats, deer, and mountain sheep all roam these forests, but the range’s prized inhabitant is far more elusive: the rare and critically endangered snow leopard. Mountaineers who work as guides on the mountain range say they’re lucky to catch a glimpse of this mysterious creature even once in a lifetime! 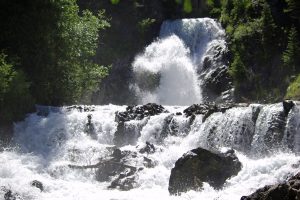 A myriad of China’s ethnic minorities inhabit the region surrounding the Tian Shan Mountains, including the Uyghurs, the Kyrgyz, the Kazakhs, the Mongols, and the Uzbeks. Alongside the majesty of the mountains, many of the Uyghur, Kyrgyz, and Kazakh settlements have become tourist attractions in of themselves, with crowds of visitors flocking there every year to witness traditional festivals, sample local cuisine, and enjoy their unique cultures. From lively horse races to outdoor lamb roasts, a trip to the Tian Shan Mountains would be simply incomplete without a stay in one of these vibrant settlements.

We will meet the the Tian Shan Mountains on the travel: Explore the Silk Road in China