In most provinces the snacks are so complex and contain so many ingredients that they invariably appear to us like full sized meals, whereas in Yunnan the local snacks are characterised by their tasteful simplicity. From Dali to Lijiang, each county in Yunnan boasts its own unique snacks and usually they are the result of ethnic minorities who have adapted their cooking styles over decades. While the local Tibetan people have a preference for yak’s milk yogurt, the Bai ethnic minority love cheese, and the Naxi people have a fondness for seasoned flatbreads. This incredible variety means you’ll never be at a loss to find a tasty titbit once your stomach starts rumbling! 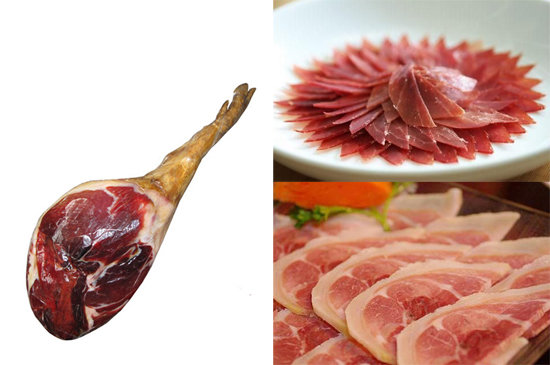 Xuanwei Ham is one of China’s top three most famous ham dishes and, once you catch the scent of this sweet salty meat, we’re sure you’ll see why. This type of ham originates from Xuanwei County in northeastern Yunnan and has a history of over 250 years. It is normally cured during the winter and left to ferment for upwards of half a year! The ham comes from the local Wumeng hogs, which provide perfectly marbled meat that is both salty and sweet without being oily or greasy. The ham itself is incredibly adaptable and can be stir-fried, deep-fried, steamed or added to a stew. In some parts of Yunnan, even the moon cakes are stuffed with Xuanwei ham and are heartily enjoyed during Mid-Autumn Festival. It is mainly used to add flavour to other dishes or to make broth, but makes a sumptuous snack in its own right. 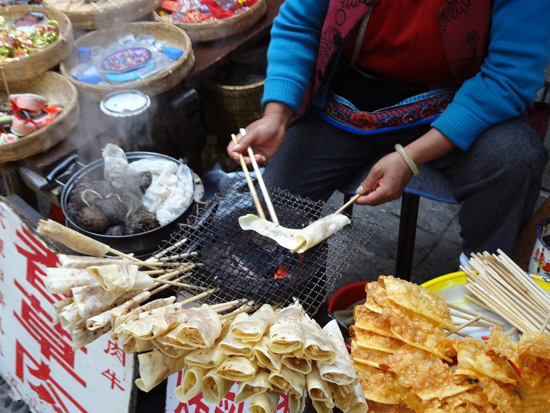 Rushan is almost exclusively found in Dali Prefecture and originates from the Bai ethnic minority. It is made using a type of cow’s milk cheese that is flat and has a somewhat leathery texture, giving it the appearance of a folding fan. This is what earned it the name “rushan”, which literally means “milk fan”. The slivers of cheese are usually fried or grilled and then wrapped around a stick, resembling a popsicle. Sweet condiments will then be spread on the cooked cheese, such as sweetened condensed milk, rose petal infused honey, chocolate syrup, or fruit preserves. The finished product is mouth-wateringly crispy and the strong, milky flavour of the cheese is perfectly complimented by the thick sweetness of the condiments. Once you’ve felt these flaky strips of cheese melt in your mouth, we’re certain you’ll be a “milk fan” too! 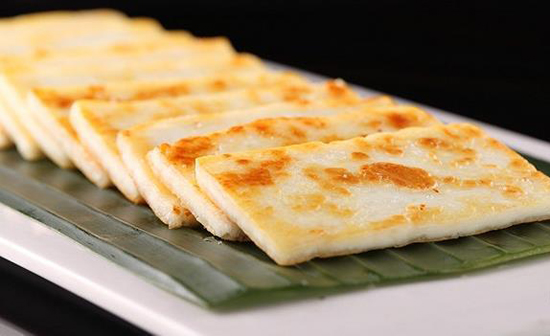 Like rushan, rubing also originates from the Bai people of Dali Prefecture but is made using a type of goat’s milk cheese. Its name literally means “milk cake” as blocks of this firm, white cheese greatly resemble slices of scrumptious sponge cake. Thick, juicy slices of rubing are pan-fried and then dipped in either a mixture of salt and chilli or sugar depending on your personal preference. In some restaurants, it will even be stir-fried with vegetables in a similar way to stir-fried tofu. The delightful sharpness of the goat’s cheese goes incredibly well with both salty and sweet seasonings, making it a versatile snack that is as filling as it is delicious. 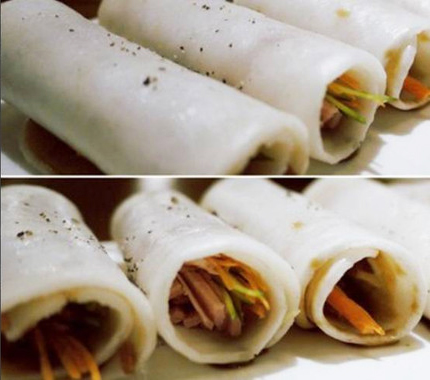 Erkuai is a type of rice cake that is made by taking high-quality rice, soaking it in water, steaming it in spring water, and then pounding the cooked rice down into a soft mush using a giant pestle and mortar. This rice mush is hand-kneaded on a wooden board to remove all of the air bubbles and then moulded into its characteristic pillow shape. These soft, plush, doughy cylinders look so comfortable that you’ll be tempted to rest your head on them! Erkuai is a popular staple food throughout Yunnan and is indispensible during their Spring Festival or New Year celebrations. Like Xuanwei Ham, it is an incredibly versatile food and can be boiled, roasted, or even pan-fried.

For breakfast, many locals love nothing more than to roast a few slices of erkuai over a charcoal fire and spread handmade fruit jam over them like a spongy, warm croissant. In restaurants, it is often served stir-fried with a mixture of vegetables, dried red chillies, Sichuan pepper, and salt. On the street, you’ll find it grilled and rolled around a strip of fried dough known as youtiao (油条). This snack can either be served sweet, with a sugary brown sauce and peanuts, or savoury, with a fermented kind of tofu known as lufu (滷腐) and bean sprouts. This comforting snack resembles a burrito and its luxurious layers of flavour are sure to leave you wanting more!

This style of baba is just one of many found throughout Yunnan and was adapted by the Naxi people of Xizhou town near Dali. Baba is a type of flatbread made from wheat flour dough that has been flattened into a circular shape. The lardy flatbread is then either topped with minced pork and spring onions or filled with sweet red bean paste, and baked in oil until the dough has gone a golden-brown. Its circular shape and use of meaty toppings has earned it the amusing nickname “Xizhou pizza”. The sweet baba taste like plump pastries, while the savoury baba have a pleasant saltiness that accompanies the rich dough perfectly. Though they may not taste exactly like pizza, Xizhou baba are a takeaway snack that you’ll surely miss once you leave Yunnan.