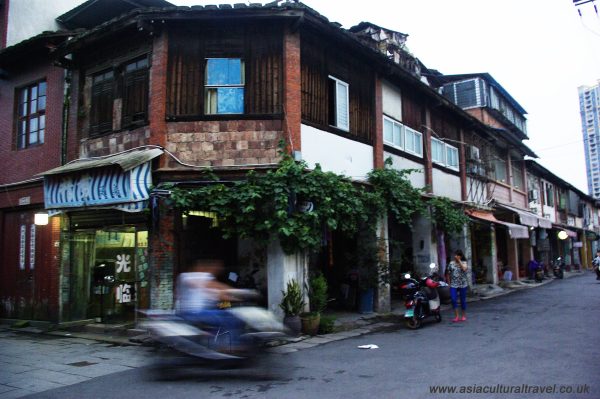 Zhangzhou is a prefecture-level city in southern Fujian that has tragically been somewhat overshadowed by its neighbouring cousins. It rises up alongside the banks of the Jiulong River just southwest of Xiamen and Quanzhou, yet it has failed to achieve the same illustrious heritage as these two renowned seaports. However, with a population of just under 5 million and a plethora of stunning Qilou-style buildings, Zhangzhou has more to offer than you might think!

It was first established as a county sometime between 502 and 515 AD but was not instated as a prefecture until 686. Throughout the 8th century, it was only considered a minor Chinese outpost with a meagre population of about 1,600 families. If only all cities were that small, then perhaps rush hour wouldn’t be quite so unbearable! From the 9th century right through to the 13th century, the city rapidly began to grow as one of the major trading ports on China’s southeast coast. During the Song Dynasty (960-1279), lucrative trade between Zhangzhou, Indonesia, and other countries in Southeast Asia allowed it to expand exponentially. 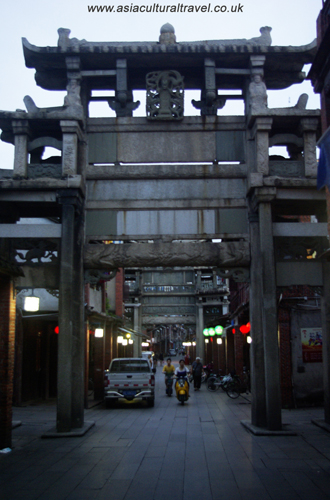 Throughout the Ming Dynasty (1368-1644) it continued to prosper by trading its famous, locally produced sugar and silk textiles with the Philippines. With sugary treats in their mouths and silk on their skin, the Zhangzhou locals were enjoying the height of luxury! Yet, like many success stories, this one has a tragic end.

In 1604 the city was first visited by Dutch ships, heralding the much longed for European investment and prosperity that Xiamen and Quanzhou both enjoyed, but around about the same time the river began silting up. The flourishing trade industry that Zhangzhou had once enjoyed gradually shifted further downstream towards Mamazhen and, by the 17th and 18th centuries, had moved to Xiamen entirely. While Xiamen became southeast China’s major port, Zhangzhou looked on with tearful, silty eyes.

However, the city did not give up on its trading roots entirely and still acts as a collecting centre for fruit, jute, sugarcane, and timber, which is then exported to Xiamen. Nowadays the only remnants of its glorious past are the Qilou-style buildings, whose architecture resembles a perfect intermingling of Chinese and European styles. Since Zhangzhou was not exposed to as much Western influence as other seaports, its Qilou are unique as they are distinctly more Chinese than European.

The surrounding towns and villages are resplendent with Tulou; large, fortified earthen buildings that have housed the local Hakka people and Hoklo People for centuries. These fortress-like constructions attract visitors every year, and have helped Zhangzhou earn back a little of its past popularity. Dongshan County, home to Dongshan Ancient City and the magnificent ruins of Tonghshan Castle, is a collection of 44 islands under the jurisdiction of Zhangzhou and can be found just off of its coast. The historic value of its architecture is unmatched, as can be said for many of the famous structures in Zhangzhou Prefecture. In short, though Zhangzhou’s glory days may be behind it, it’s still a long way from retirement!

Zhangzhou is one of the many wonderful stops on our travel: Explore the distinctive Tulou(Earthen Structure)