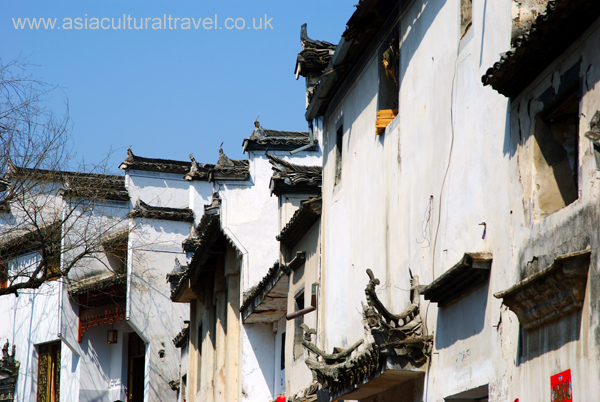 Picturesque villages dot the verdant countryside of Anhui province and Jiangxi province, resplendent with the snowy white-washed walls and obsidian roofs of traditional Hui-style architecture. They represent one of the lasting remnants of Huizhou; an ancient region in southeast China that once boasted its own unique culture and history. The birth of Hui culture took place towards the end of the Song Dynasty (960-1279), when the imperial court relocated their capital to the southern city of Lin’an (modern-day Hangzhou) in Zhejiang province. Suddenly the merchants in Huizhou found themselves exceptionally close to the imperial capital and were able to transport their wares easily to Lin’an, either by road or by river.

By trading in high quality tea, ink, and paper, they were able to amass substantial fortunes and, at one point, it was rumoured that boys of twelve or thirteen years of age in Huizhou had already begun to do business for their families! These merchants reached the height of their prosperity during the Ming (1368-1644) and Qing (1644-1912) dynasties, during which time they built many of their spectacular mansions. Over time, they had gradually become acquainted with the exquisite architecture that was typical of imperial residences in southern China, and this in turn inspired them to design their own homes in a similarly majestic fashion. However, there was one major element holding them back: their low social status!

According to Confucian principles, merchants were considered one of the lowliest occupations in the social hierarchy, so it would be considered a serious affront to decorum if a merchant were to build a home larger or more grandiose than their resident government official. Keen to show off their newly accumulated fortunes, the cunning Hui merchants found a loophole. From the outside, a typical Hui residence looks rather modest. They are usually only two-storeys in height and consist of a single compound centred on an inner courtyard, with several satellite buildings around its four sides. 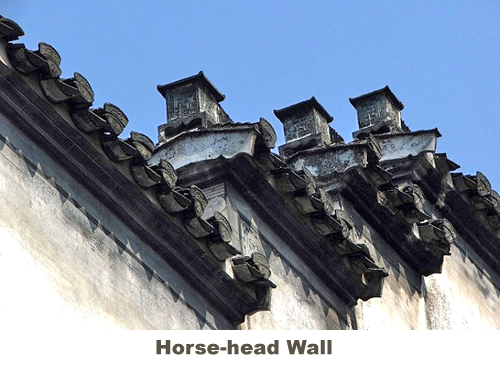 The outer wall of the compound is known as a “horse-head wall”, because it was said to resemble a horse’s head in shape. These high, crenelated walls were designed to separate Hui residences from each other, in order to prevent the spread of fire, to block out cold drafts, and to deter thieves. The roofs of all the buildings are constructed so that they incline towards the inner courtyard. Since the Hui merchants believed that water was a symbol of wealth, having all rainwater trickle into the inner courtyard symbolised the flow of wealth into the family. The rainwater would then collect in a large jar at the centre of the courtyard, which could be used in the event of a fire. Like true businessmen, the Hui merchant families never missed a trick! 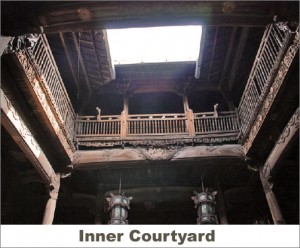 Like the water flooding into the courtyard, much of the family’s wealth is on display within the interior. In order to simultaneously show off their immense fortune without committing a social faux pas, the wily Hui merchants decked the inside of their homes with the finest brick sculptures, woodcuttings, and stone carvings that money could buy. From the roof-beams and the pillars to the windows and the doors, every element of the interior is blanketed in artistic splendour. To put that into perspective, historically the cost of a single high quality carving from a skilled artisan would be approximately equal to the price of an acre of land!

These carvings are brimming with vivid images of animals, people, and flowers; each one ripe with deep symbolism. In particular, you’ll find that fluttering bats bedeck the halls of many Hui mansions, as the word for “bat” in Chinese is a homonym for “happiness”. Nowadays, the best places to visit beautifully preserved traditional Hui mansions is in Hongcun or Xidi. Located in Anhui province, these ancient villages were collectively made a UNESCO World Heritage Site in 1999. 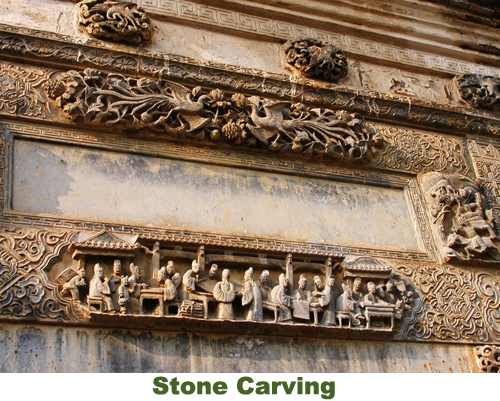 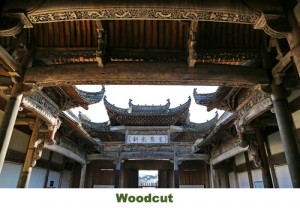 Try the traditional Hui style mansion hotels on the tour: Explore the Ancient Chinese Villages in the Huizhou Region