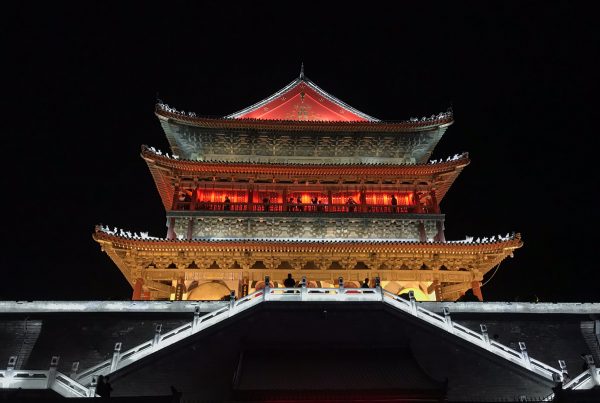 Xi’an was once one of the Four Great Ancient Capitals of China and it has managed to maintain its fine reputation to this day. It is the capital of the northern province of Shaanxi and for 13 feudal dynasties it was designated as the capital of China. Before the Ming Dynasty, it was known as Chang’an, meaning “Long-lasting Peace”, but its name was changed to Xi’an, meaning “Western Peace”, in 1369. The Lantian Man, the fossils of a human ancestor that date back over 500,000 years, were found just 50 kilometres southeast of Xi’an and Banpo Neolithic village, the remains of several Neolithic settlements that date back over 5,000 to 6,000 years, were found on the eastern outskirts of the city. Truly Xi’an must have been one of the cradles of ancient civilization.

Nowadays, Xi’an is probably most famous for being the starting point of the ancient Silk Road and for the discovery site of the Terracotta Army. Thousands of tourists flock to Xi’an every year to see the Terracotta Warriors at Qin Shi Huang’s Mausoleum or to start their tour of the Silk Road. With a population of just over 8 million people, Xi’an is currently the most populated city in Northwest China. Its population is growing rapidly and it is predicted it will soon become a mega-city like Beijing or Shanghai. The population of Xi’an is predominantly ethnically Han Chinese but there is a large concentration of ethnically Hui people in the Muslim Quarter of the city. 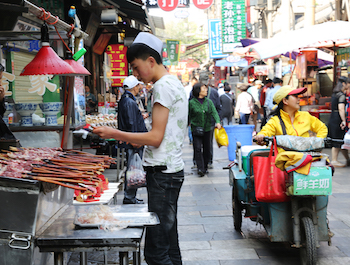 Xi’an was the first city in China to be introduced to Islam and, in 651 A.D., Emperor Gaozong of the Tang Dynasty officially allowed open practice of the religion. This allowed the Hui people, who are Muslims, to thrive in the area and thus a large concentration of them have remained in Xi’an. There are an estimated 50,000 Hui people in Xi’an and they form a tight knit community that oscillates primarily around Muslim Street and the Muslim Quarter.

Xi’an is also the birthplace of the Qinqiang style of opera, which is the oldest of the four major styles of opera. It is also sometimes referred to as “random pluck” and is the main form of entertainment throughout Xi’an and Shaanxi province. If you are an avid fan of Chinese opera, you’ll notice the similarities between Qinqiang Opera and Beijing Opera, Yu Opera, Chuan Opera and Hebei Opera. This is because Qinqiang Opera is their earliest ancestor and many other styles of opera have borrowed features from the Qinqiang style. Qinqiang Opera dates all the way back to the Qin Dynasty (221-206 B.C.) and still maintains its popularity to this day.

Aside from the Terracotta Army, the Silk Road and the wealth of cultural attractions, Xi’an is also home to several lesser known tourist attractions that are still definitely worth visiting. These include the Great Wild Goose Pagoda, Da Ci’en Temple, the Bell Tower, the Drum Tower and the Great Mosque, to name but a few. Xi’an boasts such a myriad of different architectural and cultural attractions that a lifetime may not be enough to discover them all!